LOLA Foundation put smiles on the face the needy 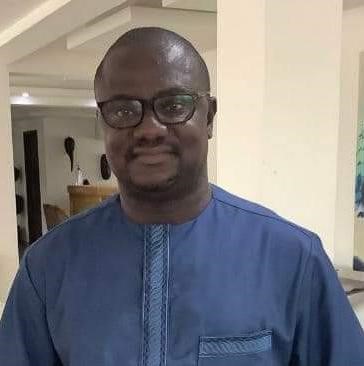 LOLA Foundation put smiles on the face the needy

Friday 23rd April 2021 was a gratifying day in the history of LOLA Foundation International Inc, as the organization once again provided support to people with disability and other vulnerable groups at the Sierra Leone Peace and Cultural Monument in Freetown.

The Foundation donated wheelchairs, fairly used clothes, food, and drinks to the vulnerable groups. Twenty wheelchairs were provided to people with disability and ten more will be donated to the Airport and a hospital in Freetown.

President and Chief Executive Officer, Olufunmi Lola Johnson, revealed that the Foundation believes in reaching out to those suffering from the consequences of domestic violence that in the streets looking out for support. The items, she said cost the Foundation about $5, 000, and added that the donation is aimed at putting smiles on the faces of vulnerable people and giving hope to the hopeless. “We hope to continue with similar supports as long as we have supports from partners overseas,” Madam Johnson remarked and ended up by thanking their donors abroad and Volunteers in Sierra Leone for making the organization fulfilling its objectives, which are: serve as a Platform and Conduit to Articulate Community-Centric Issues in Maryland; identify Best Cultural Practices for Community Well-Being; Create Safe Space to Uphold Cultural Sensitivity; and Bridge Gaps and Forge Partnerships Between Nonprofit Community Stakeholders and Policy Makers.

Beneficiaries thanked LOLA Foundation for the support, which they described as timely. They added that the items are coming in the Holy Month of Ramadan, which most of them are observing. They furthered that the Wheelchairs have come at a time when their older ones have worn out. “These new wheelchairs will ease our movements around the city, particularly as the rainy season approaches,” one of them said.

It could be recalled in 2013, Olufunmi Lola Johnson, who was working for the Special Court for Sierra Leone, realized her dream by registering LOLA Foundation International Inc. in Freetown Sierra Leone. She registered it in the Netherlands in 2014 and the USA in 2016.

Before the establishment of LOLA Foundation International Inc., Ms. Olufunmi, aka Lola, has always been passionate about caring for the less privileged. So much that at a very tender age, people in the community recognized Lola’s interest in helping people, to an extent that when a need is identified in the community, they would refer the individual in need to Lola for a solution, knowing that they would get a nonjudgmental solution.

The demographics of individuals include and are not limited to orphaned children, children, and adults suffering from abuse, and individuals struggling with domestic violence. Lola, with her meager income, would always squeeze out and reach out.

This passion to want to help the needy in her neighborhood eventually led Lola into founding LOLA Foundation International Inc. She named the organization after her name Lola but with a capital letter spelling “LOLA,” which is the acronym for “LAUGH OUT LOUD AGAIN.” By this, Lola means giving hope to a seemingly hopeless situation/s, which would cause the victim to laugh out again. Lola realized the fact that many people are going through things that they don’t have a place or person to voice it to like she also once felt herself, having suffered abuse, domestic violence, rejection, loneliness, and poverty.