The Cybercrime Bill: a wolf in sheep’s clothing 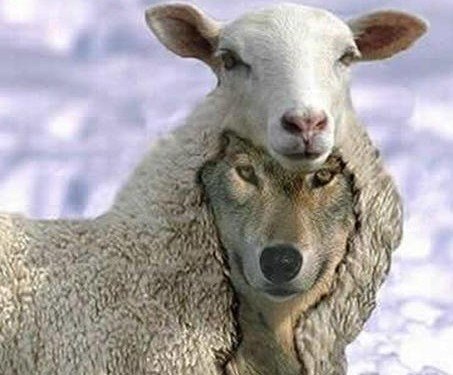 The Cybercrime Bill: a wolf in sheep’s clothing

Cybercrime law seeks to protect individuals and families as they navigate online; it is a human centered crime committed in a digital environment. Researched statistics states that in the US in 2016, over 200,000 complainants reported losing more than $1. 3 billion in various types of cybercrimes including romance scams but also involving fraudulent online sales, extortion, violent harassment and impersonation scams among others.
On the other hand, cyber security is ultimately about protecting government and corporate networks, seeking to make it difficult for unethical hackers to find and exploit vulnerabilities.
It is an undisputable fact that due to the upsurge in the Internet usage in Africa, there is an exponential growth in cybercrime incidences and victimization on the continent. Ironically, despite the growing concerns about the spate of crime and deviance in the cyberspace, Africa as a continent has not been swift in responding to the burgeoning problem of crime and disorder in the cyberspace.
Many African countries like Sierra Leone are yet to establish a comprehensive legislation on cybercrime, while only few have signed the African Union Convention on Cyber Security and Personal Data Protection. Commenting on Africa’s increasing cyber-victimization, Hamadoun Toure, former secretary-general of the International Telecommunications Union (ITU) said, “at the moment, cybercriminals see Africa as a safe haven to operate illegally with impunity”.
Businesses and consumers in Sierra Leone are indeed facing increasing cyber-threats; a trend that underscores the importance of strengthening cyber security measures. It is against this realistic scenario, that I stand tall in justifying the intervention by the Minister of Information and Communication, Mohamed Rhaman Swaray, aka Rado Swaray, in enforcing the cybercrime Act 2020.
But beneath the lofty object of the 51 sections (I took note that section32 is duplicated) of the proposed Act, lies certain sinister catchments that if not purged or cleansed, will certainly amount to not only making a monster minister, but reintroduce the infamous criminalization of libel.
In the sections dealing with offences under the Act, sweeping powers are given to the Minister in 22 sections from section 25 to 42  making an offender “…liable upon conviction to such fine or term of imprisonment as the Minister may, by Regulation made under this Act, prescribe”.
Such overarching powers given the Minister – any Minister any time – have the propensity of making them demigods; and provide them a dangerous weapon to exercise excess powers. Fortunately, Minister Rado, being a “compelling case maker for Sierra Leone”, has made compelling public statements frowning at and disowning such powers. According to him, he had also written to the drafters of the bill requesting them to remove the said powers before the bill returns to Parliament for the commencement of the legislative process.
Another apparent “hidden agenda” in the bill is section 36 (wrongly numbered as 35) which deals with the offences of Cyber stalking and Cyber bullying.
Specifically, Section 36 (1) (a) and 36 (2) (b) do not only grossly limit the space for especially journalists in the traditional way of doing their job, but more importantly, implicitly criminalize the practice by resurrecting the ghost of the repealed seditious libel, deliberately disguising it in sheep’s clothing.
By Abdul Kuyateh
Stay with Sierra Express Media, for your trusted place in news!

Beware of rotten eggs in the New D...