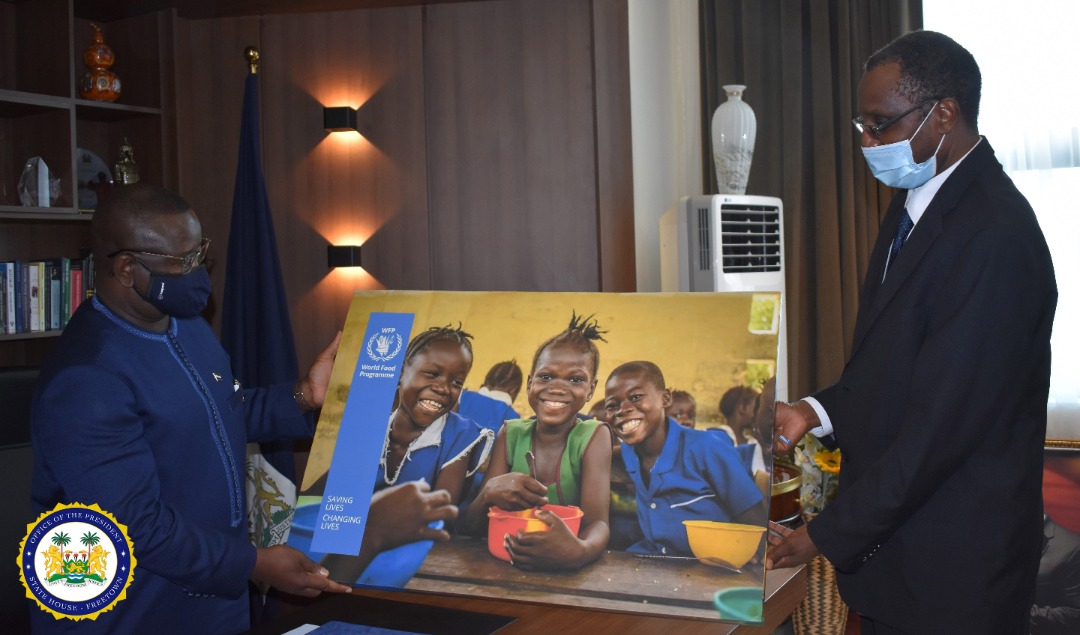 Dr Taal, who proceeds to another mission in the East African nation of Burundi, thanked the President and his Government for the support he enjoyed during his stay in the country. He also noted that they, the food-assistance branch of the United Nations, were able to achieve a lot of things. He particularly commended the Government for its implementation of the Free Quality Education, especially regarding the school feeding programme.

“We have been working with the Ministry of Agriculture to support smallholder farmers in terms of cash transfers. We have also launched our five-year plan for the country, which very much aligns with the country’s National Development Plan,” he said.

He thanked President Bio for being a model for his peers and expressed hope that other countries in the region would learn from him. He also commended the government for its stance on gender parity and the empowerment of women.

In his response, President Bio thanked Dr Taal for his personal contribution to the socio-economic development of Sierra Leone, especially in agriculture, education and health. He also thanked the WFP’s outgoing representative for supporting the school feeding programme, which was and still is critical to the success of the Free Quality Education programme.

“The successes that have been achieved during Dr Taal’s tenure are a product of personal sacrifice, commitment to work and a show of the true African spirit,” he said.

We Await the Last Commissions of I...