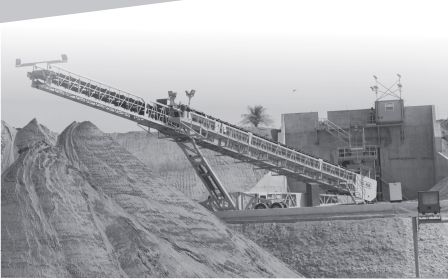 Youths and workable elderly people of Lunsar Town, Marampa Chiefdom in Port Loko District have expressed anger over the method of employment instituted by various iron ore mining companies including the Sierra Leone Mining Company [SLMC] operating in the region.

Speaking to Journalists in an angry mood from Lunsar, hundreds of indigenes expressed frustration that seventy five percent of workers who have been employed by the Sierra Leone Mining Company are not natives or permanent settlers of the district adding, they are brought from various places to occupy duties which the inhabitants of the township equally able to perform.

In that regard, the unemployed and aggrieved set of people who claimed to have been deprived of their right to employment are calling on the Paramount Chief of Marampa Chiefdom, Chief Koblo Queen, section chiefs, Parliamentarian and Government ministers to hang heads together and ensured that SLMC obey or followed the dictate of the Sierra Leone Local Content Policy. “It’s high time any mining company organize skill training programs which are necessary for young folks that hailed from the deprived district to be employable”, they informed this press in a sad mood adding that there are automobile garages and technical training institutes in the district but many can’t afford the huge charges involved to be party to those vocational institutes.

“We want to acquire the required training and qualification this time in order for us to take up jobs in the mines”, they told pressmen and accused SLMC of neglecting welfare of the citizens in that part of the country. They argued that there are many skilled young men in the district but they alleged that, they are less considered by either the Government which must have ensured their protection or the mining companies operating in the entire district.

At press time, effort made to contact SLMC management but to no avail.