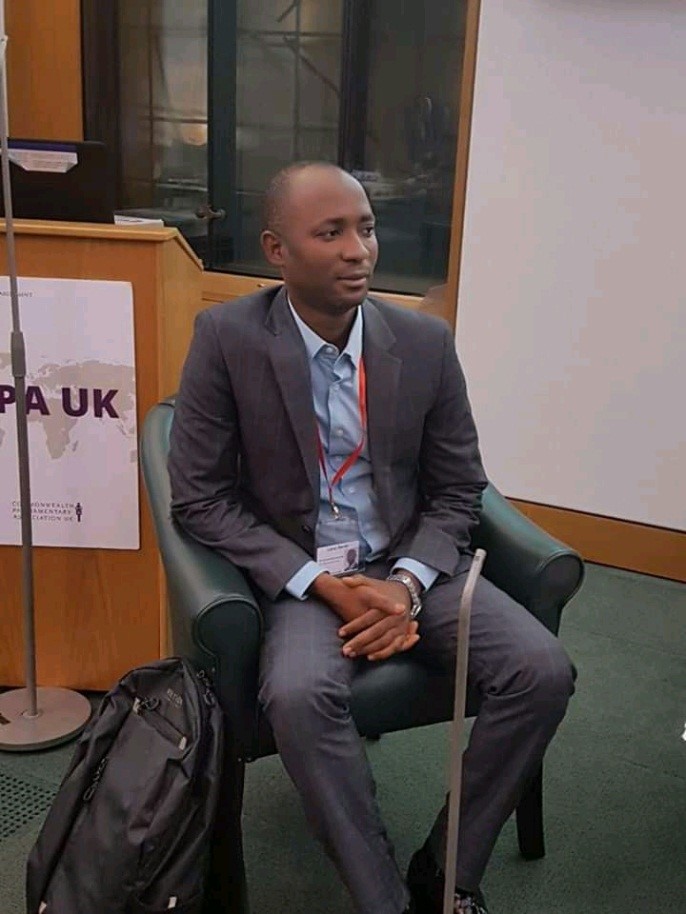 Last Thursday, Hon. Lahai Marrah (in photo) for Constituency 042,  Falaba District under the main opposition, All Peoples Congress [APC] has frowned at the appointment of  Dr. Alie Kabba from the Ministry of Foreign Affairs and International Corporation [MOFAIC] to Permanent Representative to the United Nations and Mr. Umaru Napoleon  Koroma from the National Commission for Privatization [NCP]  to Deputy Minister of Justice as according to him, it was a demotion.

The APC MP was speaking in the well of Parliament on the approval of the sixteen presidential nominees  that went through the committee on appointment successfully.

Honorable Marrah  pointed out that it is the right  of the President to hire and fire  and recalled that the Local Government Minister was sacked within the first one year of President Bio.

Honorable Marrah described the way and manner President Bio’s  appointment of the youngest Secretary General of the Sierra Leone  Peoples SLPP, Mr. Umaru Napoleon Koroma who won an election for the party within the year he was appointed as mouthpiece of the party.

However, the lawmaker spoke on the treasure mark Mr. Koroma made at NCP and spoke frankly that Mr. Koroma preferred his former position than to be a Deputy Minister of Justice.

Hon. Lahai Marrah maintained that Dr. Alie Kabba should have enjoyed this government because he equally fought for the victory of the party. He dilated that Dr. Kabba is now answerable to the new Minister of Foreign Affairs, Madam Nabilla Tunis instead of him being a full cabinet minister an experienced administrator.

He continued by stressing that followers and supporters of Dr. Kabba are not happy over his demotion. He said Dr. Kabba’s representation to the UN is like moving him out of the way so that he would not influence anything in the country.

“Hon. Foday Rado Yokie was one of the people I admired so much and his appointment was better late than ever”, he concluded.

Sierra Leone on the brink of colla...