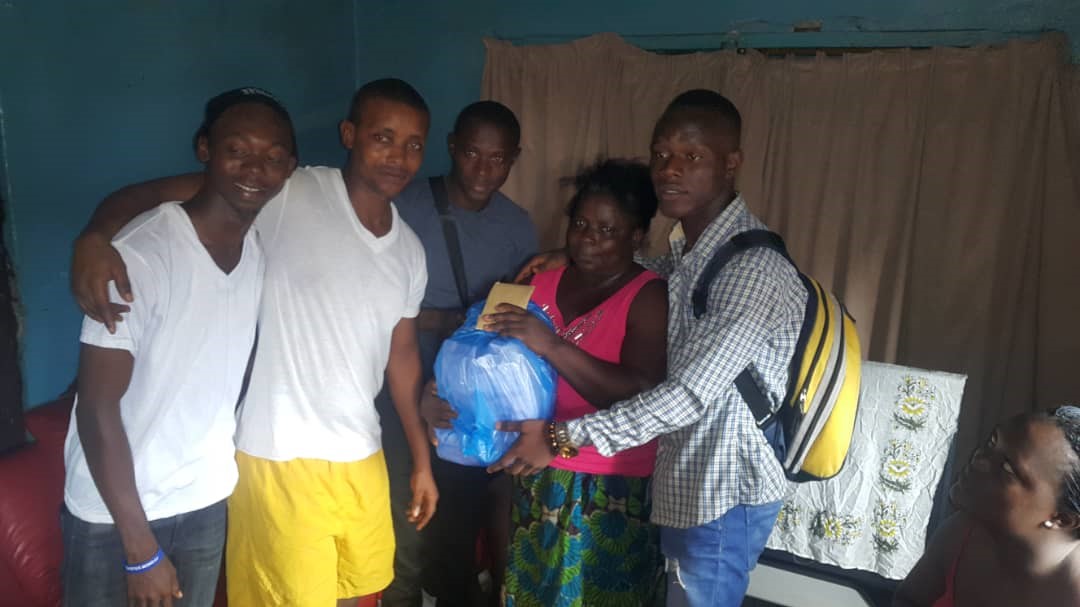 The Children Educational Forum has on Saturday 25th May, donated household kits, school materials for children, and other items to fire disaster victims at brook fields in Freetown.

Speaking during the donation the CEO Kenneth Jayah, said when the fire disaster broke out, they were very swift to come on the ground and did a joint assessment to support the victims. He stated that within 24 hours, his organization was able to address the challenges the One Cup people were faced with, adding that since then they have been working with the community all throughout.

“We have held several coordination meetings to ensure that most of the critical things that are very important to those affected such as educational materials and other items that have impacted on their lives be regained,’’ he said, adding that they did a gap assessment which showed impact on School children during the fire disaster and thus the reason for the donation.

A female humanitarian known as Saffie Dumbuya said “We know that it is not easy. We know that you felt it. We will not be able to do everything but as an organization, we have looked at the gaps just as how the CEO said- to see how best we can support especially children who are the most vulnerable”.

The head of Public Relations, Paul Henry Joseph, added that they found out that about six families that were affected, 70% of them were children, hence supported them with school materials. He concluded that the Children Educational Forum is self-sponsored with help from well-meaning people. He expressed appreciation to those who in diverse ways had supported them to make the aforementioned donation a reality. He is hopeful that humanitarian bodies will come on board.

The victims were grateful for the fact that they were a priority to the organization and several individuals thanked C.E.F for the relief items as they interacted with them. Community representatives also addressed their fellow residents and encouraged them to report illegal electricity connections, which is the most common cause of fires in informal settlements as they call on government and other NGO’s to partner with them to make life better for the vulnerable people.

The donation which climaxed the ceremony was received by one of the victims Mariatu Koroma who is said to be the head to the various families and the kids, punctuated by words of appreciation from parents and guardians.