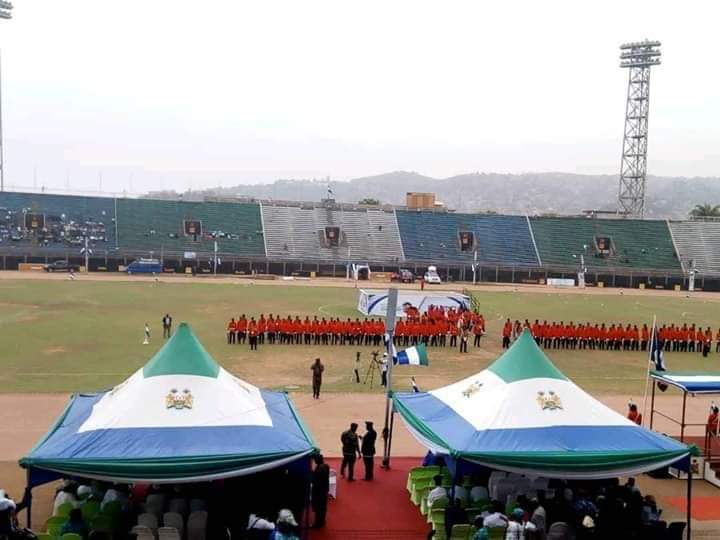 A wake up call for President Bio

The photos below speak for themselves about the very poor turnouts in today’s independence anniversary celebrations!

There is no spec of doubt that the reaction of the people is a direct translation of the growing level of poverty and hardship ravaging the country.

The New Direction must take the bull by the horns to alleviate the plight of the masses.  Pretending as if everything is normal in the country is being insensitive to the current context. The people are hungry and have become more vulnerable in the face of rocket high inflation that has rendered the national currency worthless.

Ministers are in abundance with many having very little to do. There are too many deputy ministers and too many ambassadors and deputy ambassadors for a poverty devastated country like Sierra Leone with a very hungry population that is up to its neck in chronic poverty and hardship.

The big dem too boku na Salone pan tap dis hardship!President Bio must do something now or never. The clock is ticking.

ACC Secures Conviction Against For...