Political Marginalization Against Dual Citizens in Sierra Leone Must End 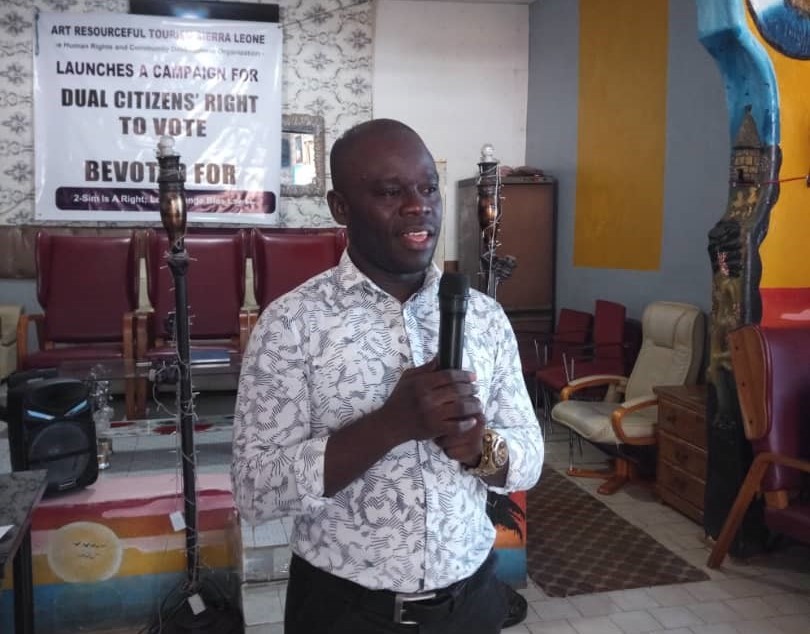 Political Marginalization Against Dual Citizens in Sierra Leone Must End

The Chief Executive Officer of Arts Resourceful Tourism Sierra Leone (ART-SL), a Human Rights and Development Organization based in Sierra Leone, Sheka B.A Mansaray Jnr., has called on political authorities in Sierra Leone particularly the President, His Excellency Brig. Rtd. Julius Maada Bio to fulfill the promise of eliminating politically discriminating laws against our Sierra Leoneans brothers and sisters who hold citizens status of other countries.

Mansaray made this call past Thursday, 11th April, 2019 while launching his organization’s campaign for ‘Dual Citizens’ Right to Vote and Be Voted for’’. He said Sierra Leone has over the years benefitted a lot from its sons and daughters in the diaspora whom he said must be allowed to fully be part of our politics and continue to contribute immensely to the growth of the country.

He noted that in the 2018 elections, political authorities triggered a very archaic law from our constitution which denied dual citizens the rights to be voted for.  This he said must end now.

‘It is never a crime for citizens of a particular country to travel abroad to seek greener pastures and in turn come to develop their country’’, Mansaray stated adding that the marginalization of dual citizens is one of the key reasons for the continuous depreciation of the Leones against the US Dollars because according to him, Sierra Leoneans living abroad no longer bring their money into the country as a result of the discriminating laws against them. 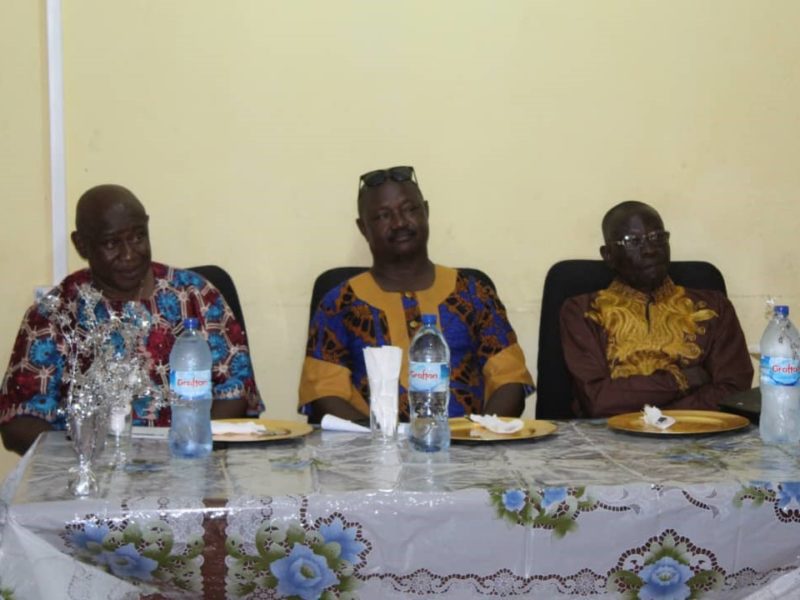