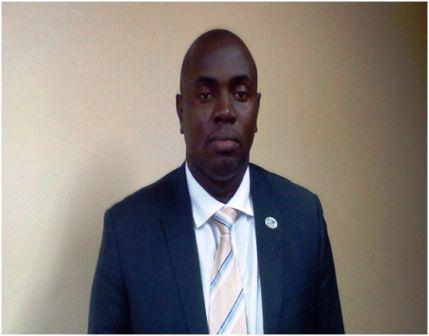 The Deputy Speaker of Parliament, Honorable Sengepoh Solomon Thomas of Constituency 089, Bonthe District has on Tuesday, 9th April 2019, debunked the special Forensic Audit Report released by the Government of Sierra Leone through the Minister of Finance, Jacob Jusu Saffa.

Chairman, Public Account Committee, Hon. Lahai Marah of Constituency 042 in Falaba District on behalf of colleague Members of Parliament on Tuesday 9th April 2019 commended the Leader of Government Business, Hon Sidi Tunis for making sure that the have the Technical Audit Report tabled in Parliament and emphasized on the important to protect the dignity of Parliament for the role it plays in society.

“No one has the mandate, authority or responsibility to look into this  report without waiting for Parliament”, he stated and cited section 95 of the constitution of Sierra Leone which he said, clearly advanced that if anybody obstructed the functions and responsibilities of Parliament either directly or indirectly is a contempt of parliament.

Hon. Marrah further explained that section (96) 1 spelt out that contempt is a criminal offence and used the use the opportunity to advise Ministries Department and Agencies which may want to obstruct the functions of Parliament that they would be charged for contempt.

He encouraged MDAs to follow strictly the lay down rules and regulations which covered their institution and disclosed that those laws were not raised by the Auditor General and argued that section (119) 4 clearly mandated the Auditor General to submit a report to Parliament not to the Ministry of Finance.

The legislator said Standing Order 70 sub-section 6 B, says that the Public Account Committee deals with the Auditor General’s Report and does not in any way makes it a public document.

The law maker continued that the first report that was received is the Ebola Audit Report adding that it was instituted by the Auditor General of this country and applauded her for performing excellently as a woman.

The Deputy Speaker of Parliament, Honorable Sengepoh Solomon Thomas on behalf of colleague MP’s cautioned the Auditor General to not only prepare and tendered accurate report to the public especially document or report about MDA’s but should be pass or submitted in Parliament and not to the Ministry of Finance. “We are having this complication today because It is not the business of the Ministry of Finance to recommend the Auditor General’s Report”, he told Parliamentarians.

He said the law is kept only for holy sacrifices and warned MDA’s not to take advantage of the situation because he said, it is the responsibility of Parliamentarians to make laws. He maintained that the Public Account Committee will do necessary recommendation on the report that was tabled in Parliament and issue stern warning to all MDA’s and the Anti-Corruption Commission (ACC) to hands off the UNTIL Parliament look at it and arrived at amicable solution  or else they would be hold responsible for any contempt of Parliament.

He spoke on the important for the existent of law and order in the country to kick against lawlessness.