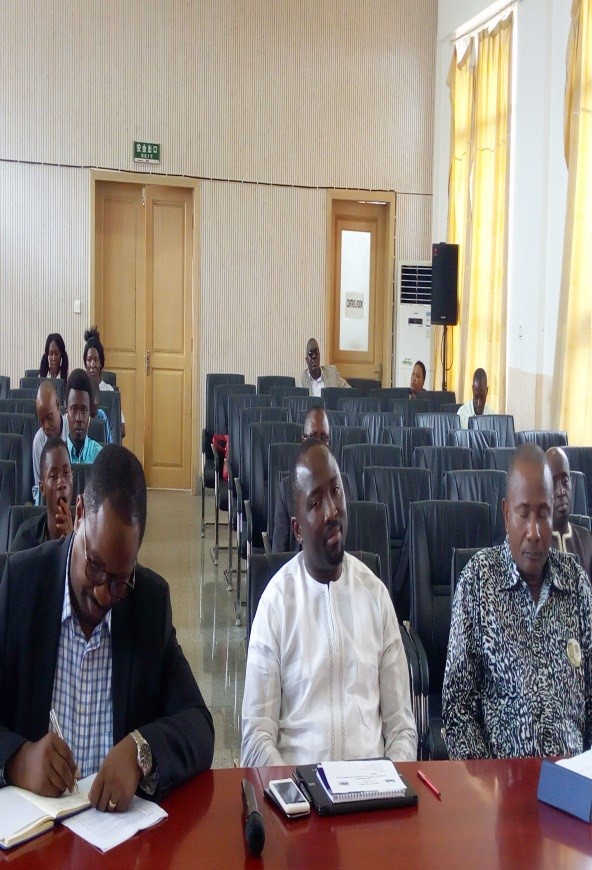 The Deputy Minister recalled that as a result of the eleven years senseless war, SALPOST did not only collapsed but also unable to render or provide essential services. He spoke on the important of SALPOST to have a board management.

He described the meeting as a democracy at work because according to him, it is an opportunity for the Committee on Information in Parliament to work directly with the ministry in harmony and mentioned that when the legislative and executive arms of Government think as one, everybody will be part of the process.

He discussed that, they have done a lot in looking at how SALPOST as an entity would be able to diversify resources and deliberated that they have been able to develop a new communication law and hold NATCOM to accountable to make sure mobile networks accountable and transparent to the people of Sierra Leone.

“A mobile network operator should be able to deliver a quality network service”, he told his audience” and raised on the important to look at the consumer protection unit.

Chairman for Committee on Information in Parliament, Honorable Sahr Mathew Nyuma Constituency 019, Kenema District, doubles as Deputy Leader for Government Business in Parliament said, generally they have short and long term status report that’s looks at activities of the Ministry.

In fact, he said, that was why they invited the Ministry to tell the House of Parliament what they are actually doing.

According to the Chairman, they were fortunate to meet with the Minister of Information, his Deputy and other executive members wherein they discussed about rebuilding SALPOST Public Order Act and talked about the Universal Access Fund. “You have to set up an administrative sector”, he admonished SALPOST management.

He talked about the essence to look at the Cyber Crime issues and come up with a bill which he said Parliament is yearning to adopt.

He further enlightened that they also discussed about the Sierra Leone News Agency (SLENA) and mentioned that they have looked at the issue of Ecowas Roaming be less expensive in terms of communication.