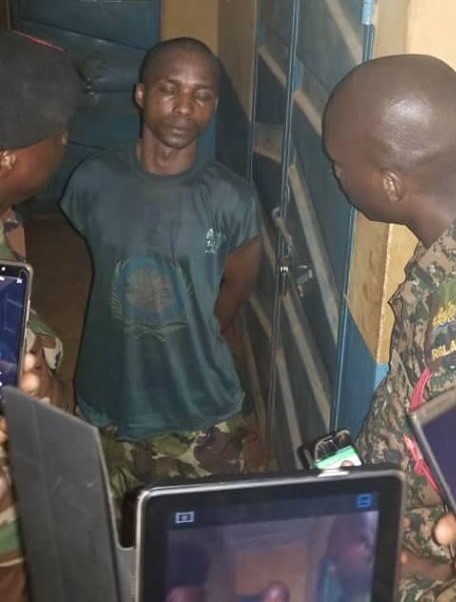 Sergeant Major Issa Kamara of the Republic of Sierra Leone Military Forces (RSLMF) has been shot dead in a shower of bullets by his bodyguard Private Jalloh (in photo), after a short exchange in their deployment in Sierra Rutile yesterday.

The soldier, Private Jalloh after receiving instructions from his boss, rushed into his room for his rifle which he released on the major with 28 rounds of bullets.

The culprit has been arrested and detained at the military headquarters in Freetown. Private Jalloh was reportedly annoyed with his deployment, which could be the cause of his reaction. He was quoted as saying that his new deployment had no tips!

According to military sources, the culprit will be court marshaled shortly. He faces the risk of being executed by firing squad.