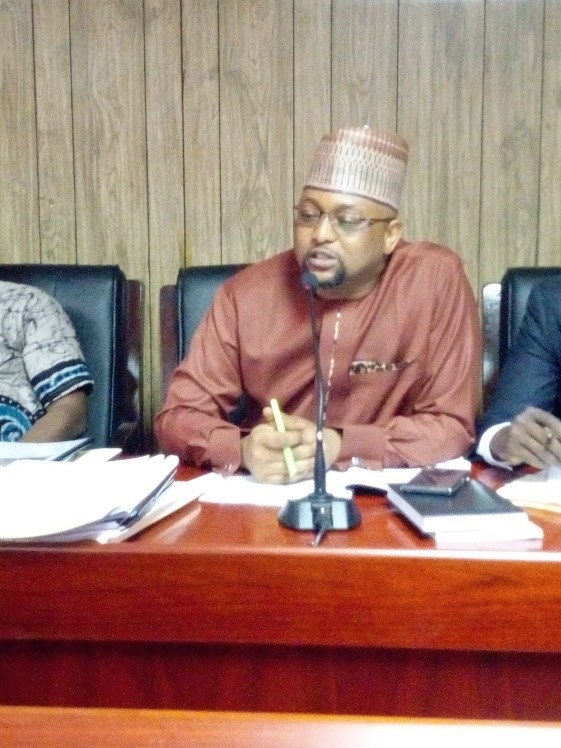 The Committee on Works in Parliament has on Friday, 15th March, 2019 invited four construction companies to give account on how various projects were implemented but only three entities including CRSG, CSE and SECON responded to the call of Parliament while the Chief Executive Officer (CEO) of Gento Group, Mohamed Gento Kamara never showed up or sent representative.  (Photo: Chairman, Committee of Works in Parliament, Hon. Bashiru Sidiqi)

Addressing Parliament, Chairman of the Committee on Works in Parliament, Honourable Bashiru Sidiqi said, they are going to write another formal letter as a committee to Gento Group and copy the Ministry of Finance on his absential adding that, they are expecting Gento Group to reply the committee before taking the matter to the Parliamentary leadership for further advice.

He frankly stated that Mohamed Gento Kamara should respect Parliament and the people because he said, he is being paid from the consolidated revenue fund which he described as tax payer’s money.  ‘’the action of Gento for turning down invitation of Parliament is an affront or insult to Parliament and we will not be going to allow him’’, he told legislators.

He frowned at Gento Group for disrespecting Parliament and Sierra Leoneans because according to him, it shall be the duty of the committee on Works in Parliament to investigate or inquire administration and activities of such ministries and department.

It could be recalled that Mohamed Gento Kamara who has been implementing lots of road projects under the supervision of the past administration was recently accused of abandoning roads to campaign for the Sierra Leone Peoples Party (SLPP) which gave inroad for the ruling party to controversially won the Tonko Limba Bye-election.

Round Table Discussion on Sustaina...