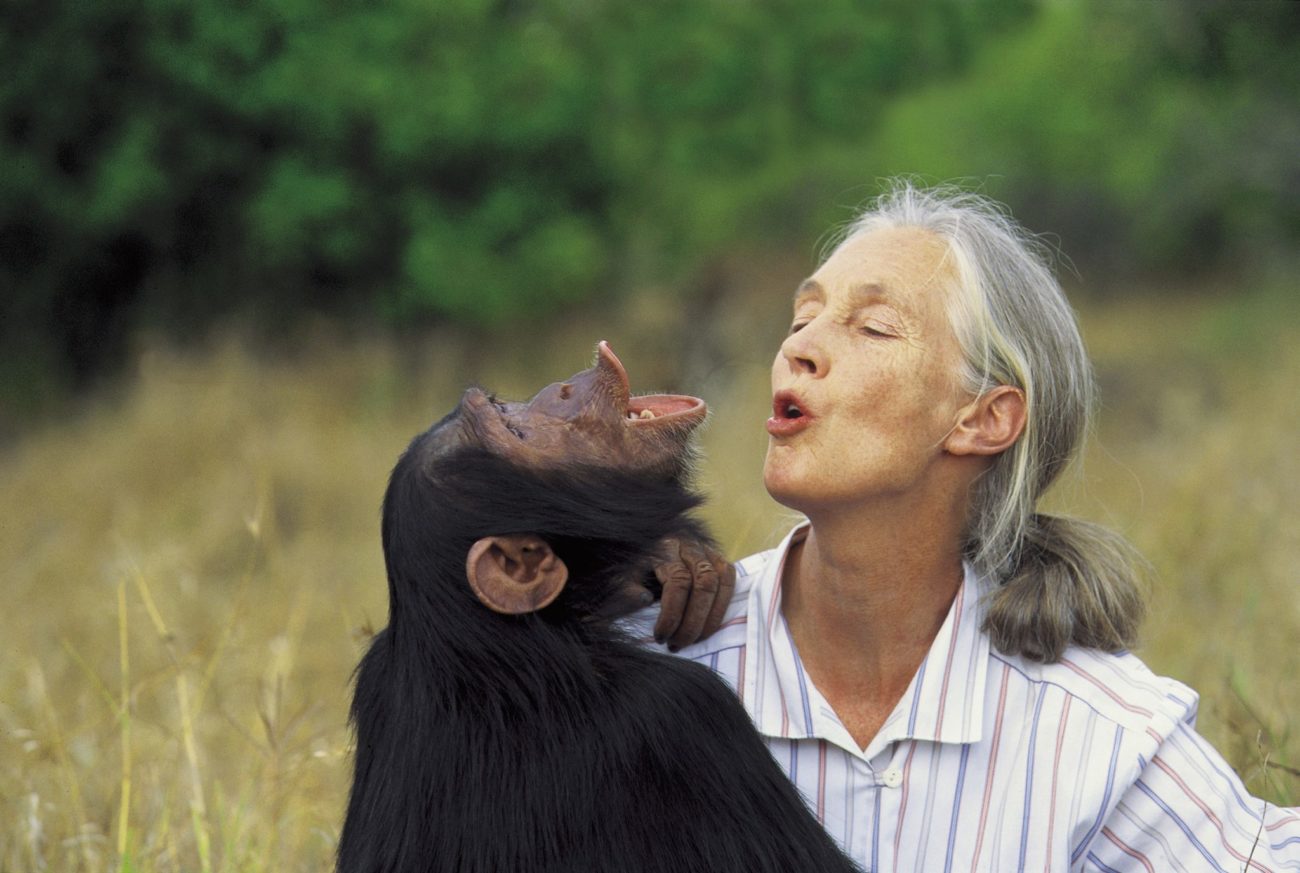 Freetown, Sierra Leone, March 4, 2019 – Sierra Leone honored Dr. Jane Goodall (DBE), anthropologist and UN Messenger of Peace, the world’s foremost expert on chimpanzees, during her three-day visit to the country this past week, with three major announcements – first,  bestowing the country’s highest honors on Dr Jane Goodall; second, the announcement of changes in the visa policy to allow for visas on arrival; and third, the declaration of the Western Chimpanzee as the National Animal of Sierra Leone. These announcements coincide with the 27th anniversary of the founding of the Tacugama Chimpanzee Sanctuary of which Jane Goodall played an instrumental role.

Announcement #1 – The Order of the Rokel

The Order of the Rokel, Sierra Leone’s highest and most prestigious decoration, is awarded to those in Sierra Leone who have made valuable contributions to the country. The award was presented to Dr. Jane Goodall on February 27th in recognition of her diligent and committed work to the Tacugama Chimpanzee Sanctuary and the conservation of the biodiversity in the country. Tacugama is Sierra Leone’s first and only sanctuary and it is located just 30 minutes from the capital, Freetown. The sanctuary plays a critical role in protecting the country’s rich biodiversity, two of Freetown’s main water catchments and the critically endangered western chimpanzees.

“What an honor, I am truly, truly humbled. I don’t really feel I deserve this, but I want to assure you that I will do my level best to do everything I can do help conservation in Sierra Leone,” said Dr. Jane Goodall upon receiving the honor.“ I am committed to doing what I can in Sierra Leone. You have wonderful forests that people from around the world would be excited to visit. I thank you for this. It is very special to me. It’s very moving. Thank you.”

“The honor is yours and you deserve this particular Order. Thank you very much for your hard work and dedication around the world,” said H.E. Julius Maada Bio, President of Sierra Leone. “I am a conservationist. I promise that I will do my best to support wildlife protection. Thank you so much for accepting our honor.”

Dr. Jane Goodall’s visit comes at the perfect time as Sierra Leone prepares to reintroduce itself on the world tourism stage. Wildlife tourism, conservation, and sustainability are taking top billing on the global tourism stage and Dr. Jane Goodall’s stature as a world-leading-conservationist provides an important global platform for Sierra Leone’s growth as a new tourism destination.

As a first step towards its re-emergence as a tourism destination, Sierra Leone is launching a new visa on arrival and eVisa system making it much easier to visit the destination.

Dr. Mohamed Juldeh Jalloh, Vice President of Sierra Leone announced the new visa system at a State Dinner at the President’s residence in honor of Jane Goodall this past Wednesday night.

“We are working towards putting infrastructure in place to declare Sierra Leone a visa-free country which means so many people around the world can just jump on a plane and come to Sierra Leone and get a visa on arrival. This country does not have a lot of foreign Missions across the world so the best way you can encourage tourists, business people and investors to come is to make things easy for them. We are also looking at instituting an eVisa system which means you could sit down in your home and apply for your visa electronically to come to Sierra Leone. We are investing in infrastructure.”

“[Tourism] means a lot for the future of Sierra Leone,” continued Dr. Mohamed Juldeh Jalloh. “We see it as an entry point for rebranding Sierra Leone. We want to send a strong signal to the world that Sierra Leone is open for business and also for tourism. We see the tourism sector as one of the vehicles to drive diversification of the economy. We see that it is able to stimulate growth and also build an economic base that offers jobs for boys and girls across the country.”

The World Bank who supported the event as part of their commitment to inclusive and sustainable development, drew attention to the clear linkages between conservation and economic development. Gayle Martin, Country Manager of the World Bank gave several examples of countries that have transformed their tourism sectors with good conservation practices and encouraged Sierra Leone to follow suite.

Minister of Tourism and Cultural Affairs, Memunatu Pratt, added, “I want to declare today the birthday of tourism industry in Sierra Leone.”

Sierra Leone is home to one of the largest western chimpanzee populations in the world. They are the flagship species for tropical forests and woodland areas and play a key role in maintaining the health and diversity of their ecosystems. Their decline, and potential extinction, may precipitate the decline of other culturally, economically and /or ecologically important species and the ecosystem in which they live. Dr. Jane Goodall’s work with chimpanzees and Tacugama has had a huge and positive impact on saving the chimpanzee and the chain reaction that brings.

For that reason, Sierra Leone, in a special ceremony held at Freetown’s Bintumani Conference Centre this past Thursday evening, has named the chimpanzee the National Animal of Sierra Leone. Minister of Agriculture Dr. Joseph J Ndanema made the announcement stating, “Chimpanzees are part of Sierra’s Leone’s cultural heritage…as such, we have a moral duty to conserve their legacy so that we can share it with future generations. On this note, with concurrence from other ministries, departments and agencies and with the endorsement from His Excellency the President, I as Minister of Agriculture, hereby declare the western chimpanzee (Pan troglodytes verus) as the National Animal of Sierra Leone.”

It is expected, with this new designation, the positive role chimpanzees and their habitats play in providing direct and indirect benefits to local communities will greatly increase.  It is also hoped that Jane’s visit will showcase the country’s sustainable tourism offerings and increase awareness of the need for conservation of these critically endangered species.

Also announced was that HE Fatima Jabbe-Bio, First Lady of Sierra Leone, will become a Patron of Tacugama further emphasizing the administration’s commitment to conservation and the special place Tacugama holds in the tourism fabric of the country.

At the British Council this past Friday, Freetown Mayor Yvonne Aki-Sawyer addressed 300 children who marched from the Youyi Building to the Cotton Tree and then onwards to the British Council waving signs in support of Jane Goodall and conservation efforts across the country. Dr. Jane Goodall inspired the children with stories of her childhood, and officially launched ‘Roots and Shoots Sierra Leone’ – a program that seeks to inspire an interest in conservation from an early age. Roots & Shoots Sierra Leone will be sponsored by UNICEF.

For more information, contact: The National Tourist Board of Sierra Leone info@sierraleonenationaltouristboard.gov.sl or info@ntb.gov.sl.

Working With Women And Girls Accel...