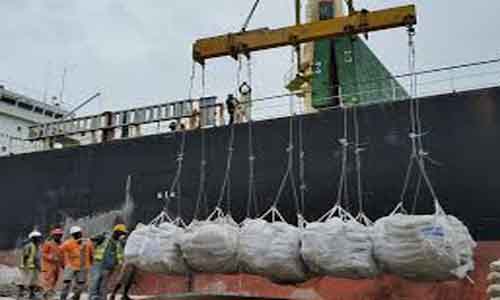 The new Managing Director, Ahmed Saybom Kanu is taking the Sierra Leone National Shipping Company (SLNSC) to higher dimension and needs the government to put in more support to enable him do more at one of the most sensitive government revenue generation sector.

Ahmed Saybom Kanu before he took up office at SLNSC worked at Statistics Sierra Leone as Finance/Administrative Head; where worked assiduously in conjunction with other directors to rebrand the SSL to become the envy of its counterparts in the West Africa sub-region.

Due to enormous and invaluable contribution to change the way and manner things were being done at the SSL, he was later transferred to SALWACO to serve as that company’s Financial Administrator where he excelled.

Sadly, however, when he was discovered to be an SLPP member he was surreptitiously marginalized and later set aside and placed in an insignificant position. But much later Ahmed Saybom Kanu decided to quit and began preparations for the SLPP campaign. He invested hugely (sold his properties including a car – Four Runner Jeep) to give financial and other support to the SLPP which in collaboration with other like-minded SLPP members brought victory for the SLPP in March 2018.

It is therefore not unreasonable to suggest that Ahmed Saybom Kanu because he made such huge sacrifice for his party to win the last election and his recent successes at SLNSC deserves a ministerial position or other top and sensitive office for him to further prove his mettle and academic prowess and proficiency.

It is on record that within a month of his leadership at the SLNSC, he changed a once battered and misguided SLNSC to become a state-of-the-art and profitable institution which is now the envy of its counterparts in Sierra Leone and in West Africa as a whole.