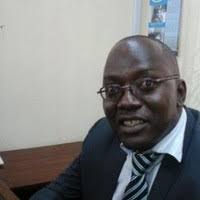 Confidential sources close to the National Telecommunications Commission (NATCOM), have intimated to Sierra Express Media, that the just re-instated Manager of Finance, Emmanuel Gbo-Musa is on his knees pleading for clemency following disciplinary action taken against him by the Director General, Maxwell Hinga Massaquoi.

The self-proclaimed Chief Minister at the Commission, is said to have been at the fore front of partisan, tribal and regional intimidation following the appointments of the Director General and his deputy, Daniel Bobson Kaitibi, by relentlessly pursuing a sinister agenda of mass sackings of staff he deems to be northerners and APC, until his recent demise, when he stepped on the toes of the DG and DDG.

In a letter dated 1st February 2019, the DG informed Mr Gbo-Musa that “—with effect from 1st March 2019, you have been re-deployed to the Bo Zonal Office.”

In a subsequent correspondence dated 4th February 2019, Mr GBo-Musa was sent on Leave of Absence effective 5th March in preparation for his transfer to Bo, accusing him of breaching paragraphs 47.1 and 47.3 of the Employee Handbook which deal with misconduct and gross misconduct respectively.

It all started when Mr Gbo-Musa allegedly leaked confidential information of frivolous travels at NATCOM via SMS to the Minister of Information and Communication that has the potential to damage the apparently cordial working relationship between the Minister and the DG and his deputy. Adding pepper to injury, Mr Gbo-Musa, who is notorious for arrogance, displayed unpardonable arrogance by publicly confronting the DG in an insulting fashion that left the latter with no alternative but to assert his authority by way of instilling discipline in the workplace.

“You could recall that you were queried … on Thursday the 31st of January 2019 on grounds of insubordination to the Director General himself in the presence of a junior officer”, stated the letter of Leave of Absence.

Investigations further reveal that this is not the first time that Mr Gbo-Musa has leaked confidential information and sent to the provinces as a reduced form of punishment. Just a year or two, when he was appointed as Finance Manager, even though he did poorly at the interview, he first exhibited his trait by disclosing confidential information to Anti-Corruption  Commission, which resulted in his first re-deployment to the Kenema Zonal Office, where he served until recently, when he was brought back to HQ as Project Officer in the Universal Access Development Fund (UADF) which action he has been parading around as marginalization.

The latest making the rounds is that Mr Gbo-Musa is hell-bent on fighting back. He is said to be talking big at public drinking places that he would use the Minister of Information and the Press Secretary to the President to ensure that the DG and DDG at NATCOM are brought down their knees, accusing the former of being a member of C4C rather than SLPP, even though he also widely believed to be a staunch PMDC.

In Sierra Leone: As Described by t...