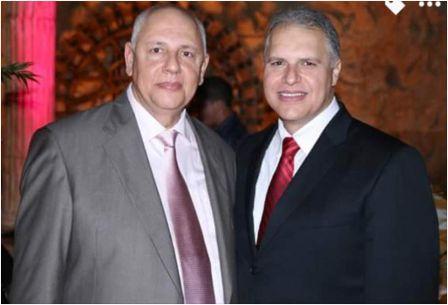 Hussein and Faisal Antar, two hardworking and serious businessmen, who have been doing legal business in Sierra Leone for over 40 years, now have become the latest victims of outright calumny for no justifiable reason rather than only one bordering on outright and wicked blackmailing. These two fine gentlemen, according to thorough investigations conducted, have very good track records earning them good reputations. They have never been found wanting for any wrong doing, not even at any point in time named for involvement in shady or dubious deals and activities.

It must be highlighted that because of their outstanding performances, certain unscrupulous business rivals have gone to the extreme extent of paying or hiring some unprofessional journalists to churn out unsubstantiated stories, full of fabrications, about Hussein and Faisal Antar just to tarnish their hard-won reputations, but such a diabolical plan will surely boomerang.

Contrary to what the haters concocted or painted that Hussein and Faisal were, in the past, awarded contracts by past Governments, our fact findings confirmed and ascertained that never had such transpired. To put it simplistically, these two successful businessmen have never being awarded Government contracts, nor had they ever bid for one in the past. Rather, they have purely concentrated on their business activities. As a matter of fact, they have been paying hefty income taxes to Governments. Besides, they have provided job opportunities for Sierra Leoneans who were previously unemployed thereby paving the way for them to live improved standards of living.

It is totally erroneous and misleading to mention that these two successful personalities will face the Commissions of Inquiry for alleged corruption and siphoning of State funds during the period that the deadly Ebola virus was claiming innocent lives. It must be strongly stated that their business entity was never awarded a contract during the Ebola outbreak. It must be reiterated that never did that transpire.

To claim that these two businessmen are using ill-gotten wealth accumulated through fraudulent means to live luxurious life styles here or in Lebanon is far, far away from the truth, a wicked fabrication. This is a calculated lie borne out of malice, jealousy and a deadly ploy to dent their image and credibility.

It is advisable that media practitioners refrain from being manipulated by ill-motivated persons to dent the personalities of credible people in society. Such is bad journalism which will be seriously frowned at. Let us be fair, objective rather than being unprofessional.

In Sierra Leone: As he Endorses Co...

In Sierra Leone: Fighting In SLPP...