Know About the Sierra Leone Pathologist 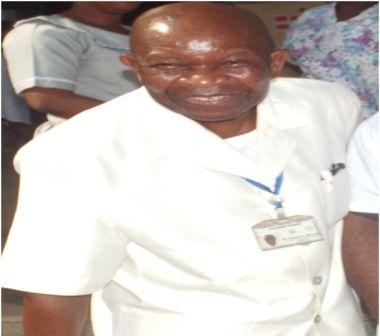 Know About the Sierra Leone Pathologist

Dr. Simeon Owizz Koroma is one of the renowned Government Consultant Forensic Pathologists in Sierra Leone, Qualified and competent Medical Officer, registered with the General Medical Council (GMC) and the Medical Defense Union (MDU) No.153562 of the United Kingdom, the Sierra Leone Dental Association and the Gambian Medical and Dental Council for life.

Dr. Koroma is a Seasoned Histopathologist/Cytopathologist and Forensic Pathology. He  is not only well organized or adaptable and reliable but very disciplined, dependable and accustomed to meeting tight deadlines, communicates at all levels, possesses a good sense of humor, honest and works well in a team as well as individually.

On his main strength and key skills, Dr. Koroma is widely known for his credibility, integrity, hard work, and respect for all professionals,  in addition,  Dr. Koroma has served as an active Pathologist since 1978 to date, enormous practical and teaching experience at university level and writing technical reports, giving presentations, writing protocols including the post-mortem techniques in shooting cases and stab wounds, transport facilities, deaths in fires and water, and delivering lectures.

He is also a Skilled Cellular Morphologist who performed various laboratory tests and procedures including bone marrow aspirations, trephines and interpreting tests results.

Dr. Koroma is the Administration of Cancer Chemotherapy (cytotoxic drugs), and laboratory management.

Dr. Simeon Owizz Koroma, GOOR (SL) who hails from Makeni in the Bombali District, Northern province of Sierra Leone has served in the following capacity, Chief Government Pathologist and Head of the National Laboratory Services Sierra Leone from 1987-1995, Research Fellow, Department Forensic Pathology (University of Sheffield) from 1996-1997, he is a Specialist in Pathology/Consultant Hematologist and Unit Head Division of Hematology, Department of Laboratory Medicine, Royal Victoria Teaching Hospital Banjul the Gambia from 1999-2002.

Dr. Simeon Owizz Koroma who is also a Chief Superintendent of Police started his education at   the Our Lady of Fatima RC Primary School where he sat to the Common Entrance Examination in 1956.

On his tertiary educational background, Dr. Koroma gained university education in London Hospital Medical College where he became a Research Fellow in Virology in 1987-1988. He attended the Royal Tropical Institute, Amsterdam, Netherlands, International course of nucleus, Acid Technology Certificate in 1990. Apart from that, Dr. Koroma also owes Diploma in Mortuary Services through International and European Examination Board in 1996. He certified in Basic Health and Safety at Work, Chartered Institute of Environmental Health in 1997, within the same year, he acquired Basic Food Hygiene Certificate-Chartered Institute of Environmental Health among other many qualifications.

Is Victor Foh A Blessing Or A Curs...