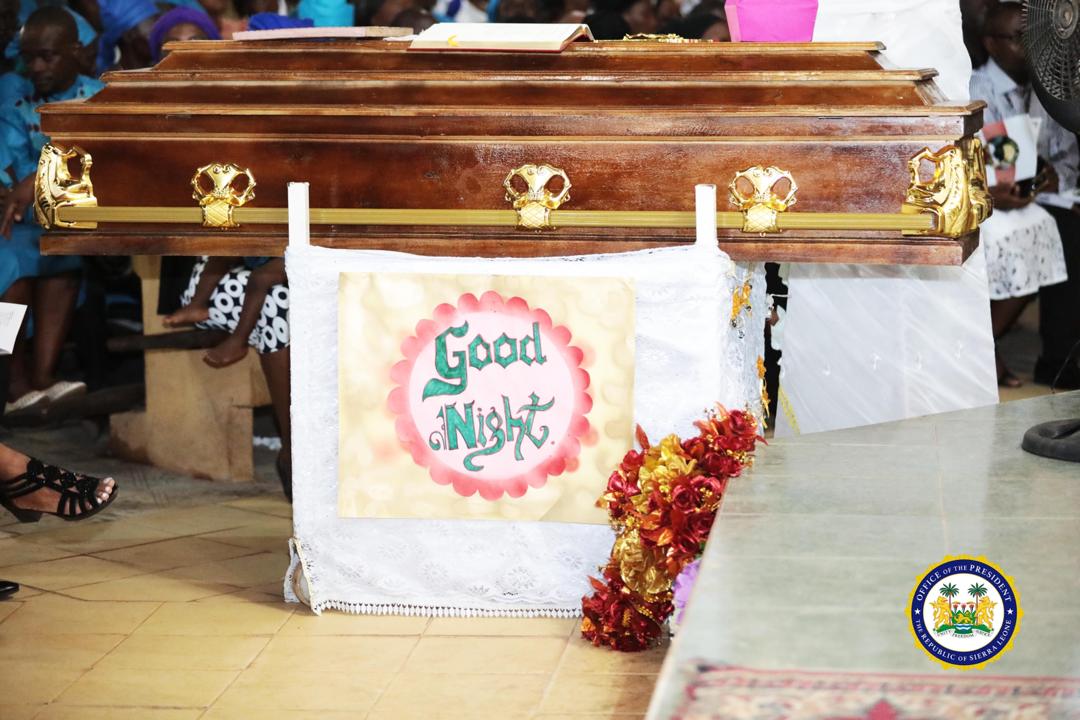 Until his death, the clergyman was the third Bishop of the Diocese of Kenema, eastern Sierra Leone. It was established on 11 November 1970, with its territory being split off from the diocese of Freetown and Bo.

His Lordship, the Right Reverend Koroma, was born on 4 May 1950 and was ordained as a Catholic Priest on 18 December 1977 in the Immaculate Heart Pro-Cathedral of Bo. He was appointed Bishop of the Diocese of Kenema by Pope John Paul II on 26 April 2002. He was President of Inter-territorial Catholic Bishops’ Conference of the Gambia and Sierra Leone between 2010 and 2016.

In a letter sent from the Vatican City in Italy, Pope Francis said he was saddened when he learnt of the passing away of Bishop Koroma, whom he referred to as a Holy man of God that lived his entire life in the servitude of God and men. Pope Francis also imparted his Apostle blessings upon the remains of Bishop Koroma. His Excellency President Julius Maada Bio expressed his condolences, on behalf of his government and the people of Sierra Leone, to the bereaved family and the Roman Catholic Church at large for what he referred to as a great loss.

The President also said that the death of the cleric was a sad moment for Sierra Leone because he was a patriotic Sierra Leonean who had always stood for that which was right. He consoled everyone by saying that death was inevitable and that it would come when least expected.

He said that as a Roman Catholic he would work very hard during his presidency to make the Catholic family very proud. “I will use my presidency to show that religion and politics can go side by side. I will govern this country with the fear of God who made it possible for me to become president,” he assured. He pleaded with the congregation to continue to pray for him and the government, having taken up governance with the worst economic situation ever in the history of the country. He also said that he needed the Bio’s wisdom to rule and not that of the wisdom of Solomon because the challenges were unique to Sierra Leone and for which he would need the wisdom to address them.

Call for Sierra Leonean IT Profess...