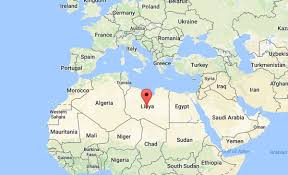 An organization known as Human Power Global has appealed to the Government of Sierra Leone through the Ministry of Labour and Social Security to allow Sierra Leoneans who have spent millions to travel to Libya (Benghazi) for job opportunity which is lacking in the country.

Speaking to this medium, the Minister of Labour and Social Security, Adekunle Joliff Milton King maintained that the decision to approve the company to take Sierra Leoneans does not only lie in his hands because he said, his ministry is working with various Government institutions including the Transnational Organize Crime Unit (TOCU), Office of National Security (ONS), Criminal Investigation Department (CID) among others adding that he has been advised by TOCU to not allow anyone to travel from the shores of this country to Libya, a decision he said, he would not overlooked.

The Minister stressed that report about Libya been a safe country is not credible and described TOCU’s report as credible and must be listened to because it is a state institution and advised all those who are affected to remain hopeful and faithful as Government is working with the Ministry of Youth Affairs and Ministry of Agriculture to see how they can engaged those frustrated young people. “I will not sign or approved the letter for them to go because according to him, it is abuses of office as they have been advised by the appropriate authorities not approve their travel.

Explaining his own side of the story, Chief Executive Officer for Human Power Global Sierra Leone Limited, Abdul Sesay reiterated that he went together to Libya (Benghazi) on November 26th with the Head of Labour Migration Unit, Albert Smith in the Ministry of Labour to find out the situation before they may be allowed by the Minister to travel and return to Sierra Leone December 1st this year with video clips, pictures and other recorded evidences which they presented to the Minister for available proof that Libya is safe for doing business.

“I want to handover this project to the Government and I also want the Minister or representative to travel with them to Libya but have liberty to take them back to Sierra Leone if the atmosphere is not favorable”, he told Journalists and further appealed to Minister King to take lead and allow those men to make use of this opportunity as according to him opportunity comes at once and concluded by stressing that “don’t sit and kill this project for the benefit of thousands of unemployed citizens.

The Head of Labour Migration in the Ministry of Labour and Social Security, Albert Smith who went together with the President for Human Power Global Sierra Leone Limited, Abdul Sesay discussed that during his observation in Benghazi, he discovered that Libya is a place that has scars of war and mentioned that the country is under reconstruction. “I took four days in Libya and it is quite with no gun shot”, he told reporters and stressed that he was there under the instruction of Minister King who earlier denied that, he did not know about Mr. King’s travelling to Libya but King further argued that the Minister instructed him in presence of his Deputy Minister, Lansana Dumbuya and other senior public officials that “you should go Libya for back ground check before allowing anyone to leave the shores of Sierra Leone”.

Mr. Smith clarified that the issue of migration was assigned by the Minister to his Deputy and mentioned that he has submitted his findings in Libya to the two mentioned authorities but he is still waiting for their responses. He concluded that only the Minister has the sole responsibility now to approve the group for their desire to travel becomes reality not story.

NPPA Engages Stakeholders On The W...