Over 40 Schools and Higher Institutions Benefit from Kanga Schools Project

Over 40 Schools and Higher Institutions Benefit from Kanga Schools Project

The habit of philanthropy is not a spontaneous action; it is something that can be learnt through the action-oriented practice of doing it. These statements however, cannot be missed for the philanthropic gestures toward schools in Sierra Leone by Sierra Unite/Kanga schools Project. This organization has played an active philanthropic role to schools and other higher learning institutions. (Photo: Sierra Untie team in Sierra Leone)

Last week, this organization made that same gesture towards schools in Freetown and the provinces. According to Mr. Alusine O. Kamara, the co-coordinator of Kanga schools Project in Sierra Leone the organization has been very active in the distribution of two 20 feet containers of assorted books, stationeries, computers, office use materials including vital learning materials. Mr. Kamara further inferred that the project is not a paid up job, but it is all about volunteerism and commitment.

The representatives from various schools around the country were present to receive their own shares of the assorted books ranging from science fiction to liberal arts materials. Computers were also among the shared materials. Before now, this organization has equipped the libraries of schools and other private institutions.

Unfortunately, this time around, three schools were black-listed for not meeting the organizationâ€™s expectations of rationally making proper use of the previous consignment of books sent to them.

Undoubtedly, the primary expectation of the Kanga Schools Project is for schools and the target beneficiaries to make proper use of these learning materials rather than leaving them on schools libraries shelves to be covered with dust. â€œThese books are not decorationâ€ Madam Barbie Davies, the programme co-coordinator Kanga schools project Australia emphatically said. Madam Davies cautiously warned schools in her last visit to Sierra Leone that they must ensure that children have access to books and computers in the library.

As evenly development has been a targeted goal of every development-oriented organization; the Sierra Unite/Kanga Schools Project has see to it that they reached institutions of learning at both Freetown and the provinces.Â Â

Comium has much to offer 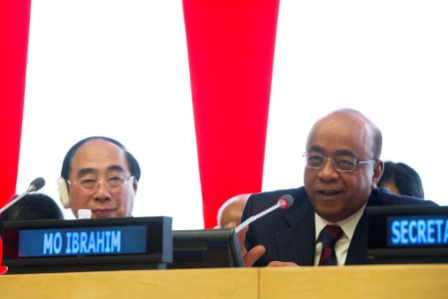