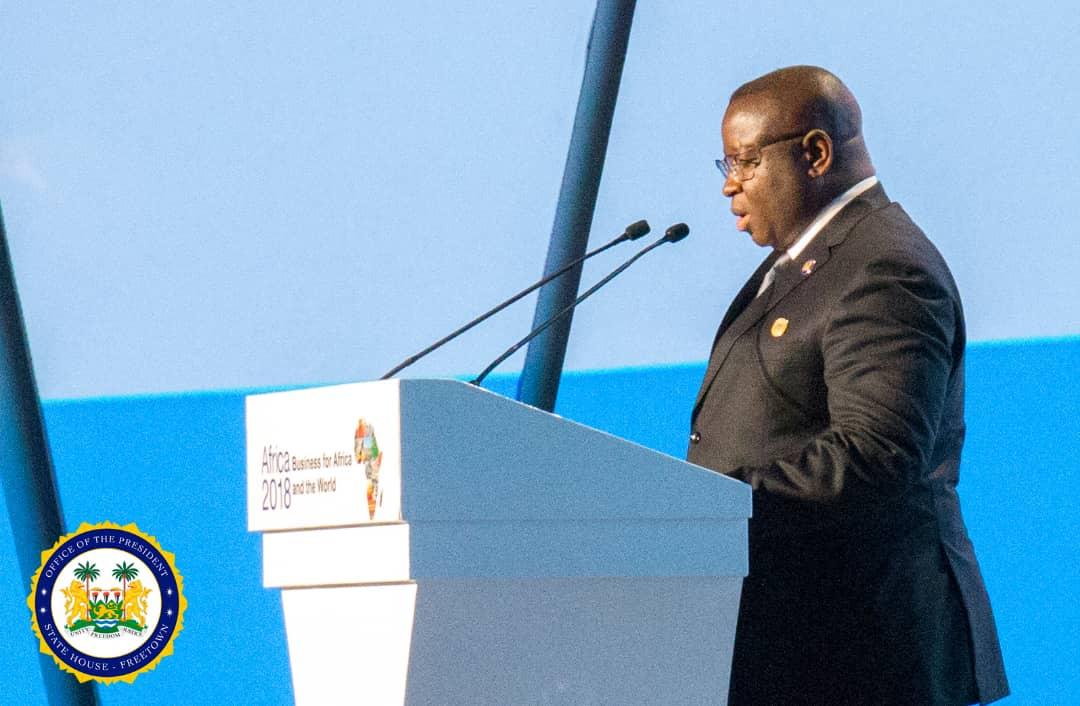 This year’s conference was a two-day event with the theme: “Bold Leadership and Collective Commitment: Advancing Intra-Africa Trade”, and it provides a platform for entry into a single market of over one billion people joined together under the African Continental Free Trade Area.

President Bio said the intra-Africa trade pact was grounded on the fact that African countries collectively had a shared destiny and a shared commitment to a common goal, adding that the continent must collaborate around trade and invest in sister nations.

He reiterated his position that trade and investment, and not mere aid, would transform African economies and bring about the much-desired future they aspired to for their people. He said African countries must prepare their economies for investment by making governance institutions and the environment for trade and investment simple, predictable and favourable.

“Our public financial management and tax regimes must be predictable and simple to understand. We should clamp down on graft, predatory actors, and red tape that frustrate and discourage credible investors. We should continue making purposeful capital investments in energy and critical infrastructure that support to sustain and support economic activity.

“My government, for instance, desires credible private sectors to take a look at the very important investment opportunities in our tourism, agriculture, fisheries sectors among others. We have the bargaining power of 1.2 billion people and a market of 1.2 billion people in Africa. Indeed, inspired by possibilities, we can make the future ever better for Africa,” he said.

The President also encouraged other African leaders to remove cultural, structural and attitudinal barriers that impede women from becoming active and equal collaborators in the development process. He said he was truly inspired by women and that Africa must go beyond tokenism and merely satisfying proportional slates, adding that his country had embraced women as partners in development.

“In Sierra Leone, women serve our nation as Ministers of Economic Planning and Development, Deputy Minister of Finance, Attorney General, and much more. But our women are also leading our corporate bodies and commissions and we want to increase the numbers and visibility of women in the private sector,” he said.

He further stated that he was inspired by young entrepreneurs discussing new ecosystems, fostering collaboration, pondering on how to leverage the power of the digital economy, identifying innovative pathways and access to new markets with new products, and ever brimming with talents. He noted that that was sufficient justification for his government’s massive investment in the human capital development of the younger generations of Sierra Leone.

The Forum is a two-day conference that aims at providing a platform for Heads of State and government as well as private sector and business leaders in Africa and the world to discuss a wide range of business and development issues in the Continent and to engage with some of Africa’s most important economic partners and stakeholders.