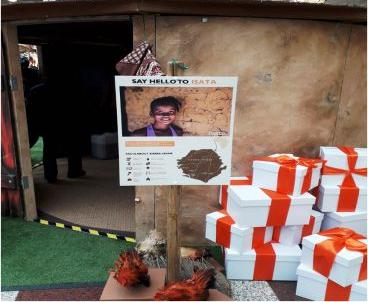 In accordance with extensive telephone interviews conducted by this Sierra Express Media (SEM) with Sierra Leoneans living in the United Kingdom (UK), the attention of the Ministry of Social Welfare, Gender and Children’s Affairs has called to the fact that some Western NGO’s are doing more harm than good to Sierra Leone by portraying the country as full of beggars and destitutes who need donations instead of investment to survive. According to reliable sources, the aforementioned organization is actively using deprived teenagers, especially girls to raise substantial finances in their own self-centered interest at the detriment of the State.

What is more embarrassing they said is the use of our map, alongside photos of vulnerable children to extort money from the British, who will in turn see us as lazy and lethargic people who do not focus on hard work for daily sustenance. There is a video making rounds in the social media, showing how those Western people were laughing at us after donating sealed cartoons of gifts, with a photo with the wordings “Say Hello to Isata”. By and large, our brothers and sisters living in the Diaspora are calling on the attention of the SLPP led government of President Bio with strong voice to condemn such a clumsy practice from NGO’s purporting to solicit funds from donor partners to do so with their emblem and not that of our country, as it has bad international reputation.