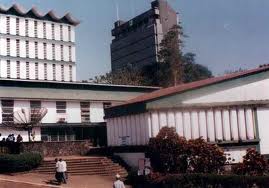 Sierra Express Media has been reliably informed during interviews conducted with freshers/ year one (1)/ students and parents of Fourah Bay College, University of Sierra Leone that authorities in the college are extorting gullible students and their parents as they are asked to pay the substantial sum of Four Hundred Thousand Leones (Le 400,000.00) in respect of orientation fee. Most past and current students are crying out loud that the proposed ceremony is a basic one-off activity that usually familiarizes themselves to the campus and the alignment/ introduction to their various areas of specialty, adding that the imposed amount is not commensurate to the function under review.

It was confirmed by a Senior Authority at the time of interview that last Academic year; students paid Two Hundred and Fifty Thousand Leones (Le 250,000.00) for the aforementioned activity, which was a bit reasonable compared to the prevailing economic hardship in the country. Most parents are raising concern, devoid of the fact that tertiary institutions were not mentioned in President Bio’s free quality education, but education being their flagship programme; they were expecting utmost consideration from the Academic Authorities concern. Parents/ Guardians of those affected students are laying premium on the increased margin, as it is untimely and at the same time not yielding dividend to their children.

During investigation by this press, we were made to understand by senior authorities that the SLPP led government has not refunded the Five Hundred Thousand Leones (Le 500,000.00) Application fee, as was hastily promised to over 5,000 applicants across the country. The emphasis was that the University extended its Admission period in treaty with extra admissions made. Amidst the grapevine that is making the rounds on government’s removal of subsidies on tuitions, that rumor was laid to rest by a senior Administrative head that the government is still committed to subsidizing 70% this academic year but could be replaced next Academic year with a student Loan scheme.

In order to exhibit professionalism, this Medium spoke to the Public Relations Officer (PRO) of the University of Sierra Leone (USL) on Friday 26th October, 2018, but his response was that he was too busy with other significant issues in the province. Efforts have been made even at the time of reporting, to have discerned his view on those burning issues of national interest. It was again revealed that a separate account has been opened at the Sierra Leone Commercial Bank (SLCB) specifically to deposit orientation fees. However, substantive updates on those concerns will be published.