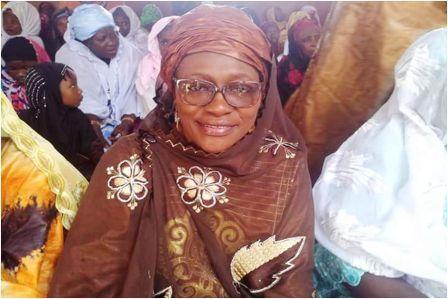 The letter further states that Ahmed Mustapha Ahmed, the next of kin of the late Alhaji Mustapha Ahmed had earlier written a letter to the then Administrator and Registrar General, Haja Mariama Seray Kallay instructing her not to pay any money to Miss Sia Mani as she is neither the daughter of the late Alhaji Mustapha Ahmed  nor a beneficiary of the proceeds of the sales of his properties, but that Madam Mariama Seray Kallay ignored the warning and went ahead and paid the said amount to Miss Sia Mani.

In view of the activities surrounding the transaction, the letter stressed that the former Administrator and Registrar General, Haja Mariama Seray Kallay, abused her position in violation of Sections 42 and 43 of the Anti-Corruption Act 2018.

The letter also revealed that even when the Lawyer wrote a letter to Madam Kallay dated 28th June, 2018, asking her to explain why she paid the money to Miss Sia Mani when she had been warned not to pay any money to her; she treated the letter with disdain and never gave any explanation. The letter concluded that Mr. Ahmed Mustapha Ahmed is appealing to the Anti-Corruption Commission to intervene in the matter so that justice could be done.

In a telephone interview with Mr. Ahmed Mustapha Ahmed from London, he told this Reporter that he is very distressed that the sum of $45,000 of his money could have been illegally paid to the wrong person by Madam Mariama Seray Kallay even when he had written to her and instructed her not to pay a single Dollar to Miss Sia Mani. He vowed that he will never rest but he will use all the available legal channels in Sierra Leone to recover his money from Madam Mariama Seray Kallay.

When this Reporter spoke to her on telephone, Haja Mariama Seray Kallay maintained that she has all the necessary documents to prove that she paid the money to the right person by the name of Miss Halima Ahmed. She stated that she was ready to go to the Anti-Corruption Commission as well as to Court to defend her actions.

Police Update The Masses On Recent...