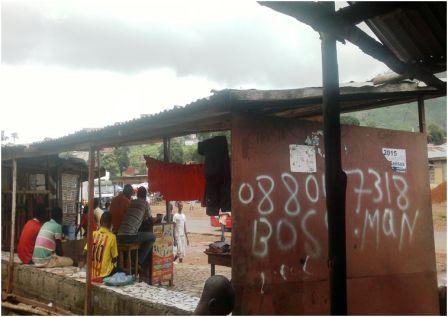 Report coming from Devil Hole Community in the far eastern part of Freetown revealed that during the past national Saturday cleaning, Police from Deep Eye Water terrorized innocent people that resulted to the death of a 22 year old man, William Bangura.

According to a relative of the deceased, the late man was sitting under a tree at Susu Town with colleagues when six Police officers with two motor bikes chased them to the sea on the bases that they were searching to see if the men took part in the cleaning.

Unfortunately for William Bangura, he could not swim like his colleagues when they fell in to the deep water and he drowned. According to sources, the Local Unit Commander (LUC) of the Waterloo Police Division is not aware of the gruesome death of the 22 year old man until 5:00 pm in the evening hours after the youths stormed and stoned the Police station before the OPS, ASP Augustine and team, who were able to calm that ugly situation.

The body is currently at the Connaught Mortuary for post-mortem, which is expected to be carried out on Wednesday 17th October by the Government Consultant Pathologist, Dr. Owizz Koroma while the burial ceremony will take place immediately the next day after post-mortem.