Over The Termination Of The Airport Construction 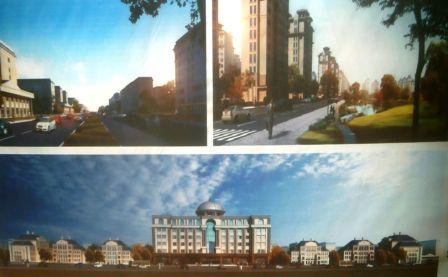 Over The Termination Of The Airport Construction

Thousands of Mamamah Residents at Koya Chiefdom in Masiaka Village and other neighboring townships have appealed to the government to have a rethink over terminating of the New Mamamah Freetown Airport City Project which might have created economic prospects for young people across the country.

According to them in an exclusive interview from various communities, the Mamamah project has already devastated their communities and farming activities without due compensation noting that the project was initiated by the past administration of former President Koroma to decongest the main capital city, Freetown and also in a bid to reduce the burden on the lack of housing facility for Sierra Leoneans.

Mamamah Residents went further that, the termination of the project has left over two hundred households in drained  adding that it has also affected closer to ninety thousand young people who were already attached in the site as securities ,truck drivers ,private contractors ,bush clearers ,road marshals ,cookery sellers ,bike riders among other innocent citizens.

“We would have loved to hear the continuation of the Mamamah Inland Airport project  as an alternative to the Lungi Airport  and also for the decongestion of the city , due to the fact that the process had already interrupted our farming activities by China Railway International Group (CRIG)  operations  ”,Mamamah  Inhabitants averred.

They said , according to the Memorandum of Understanding (MOU)  that was signed between the Ministry of Transport & Aviation and community landowners , the project will be focusing mainly on the construction of a new city with all government buildings including Parliament ,State House ,Ministerial building, government hospitals ,Schools ,colleges amongst others in a bid to  encourage decentralization of government activities.

They said when the information came out that the project for the Inland Airport city has been terminated by the government through a letter directed to the Director Freetown International Airport Project (FIAP), they were shocked as a result of the fact that the suffering of their sons and daughters since the initial stage has been put on hold especially for their young off springs who were to benefit from the process.

They reiterated that the cancellation of the project by the new direction of President Bio signals bad administration especially when the lack of employment facility is the order of the day and that the project should have benefited thousands of young people who would have served as Drivers, Hotel Caterers, Traders, Private security personnel among other s thereby promoting economic activities and decongestion.

They continued that, the Mamamah Project has already created serious challenges particularly to landowners who have sacrificed hundreds of acres of land as part of their commitments to national development adding that they were expecting good result when the project would have completed, a reason for they decided to offer key sacrifices.

The innocent people further explained the importance of the Inland Airport City Project to the extent that they described the termination of the project by the government of Sierra Leone as an unfortunate situation just to reject thousands of young people of this golden opportunity because of political indifferences in the country but they however appealed to the government to reposition and think carefully about the economical prospects of the projects if completed.