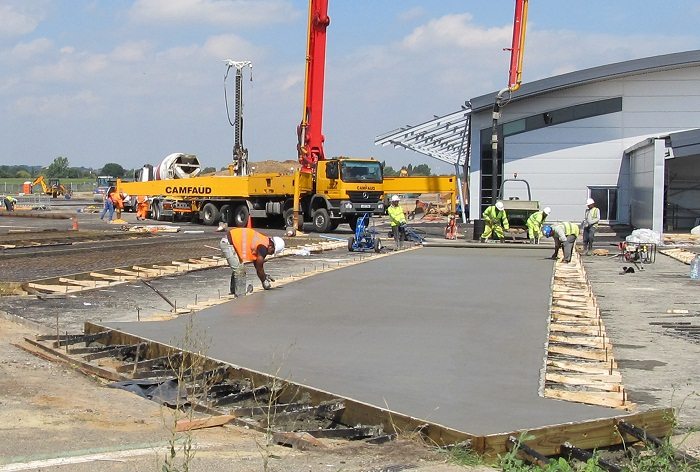 In a letter dated Friday, 5th October, 2018, the Sierra Leone Peoples Party (SLPP) Government, through the Ministry of Transport and Aviation, terminated the contract for the construction of the Mamamah Airport which was signed in 2015 by China Railway International Group (CRIG) and the Government of Sierra Leone of then All Peoples Congress (APC) and already commissioned by the former president, Dr. Ernest Bai Koroma.

The decision to terminate this contract has however stirred a lot of debates coming from all works of life. Many say it is a politically ill-advised and absurd decision that has grave financial consequence to Sierra Leone’s development and would also have very negative impact on the Sierra Leone- China relationship. On the other hand, government officials and supporters of the ruling SLPP say it is the right decision the government has taken because according to them, the Mamamah Airport has no economic benefit to the country.

With the debate becoming very heated on a daily basis, let me attempt to bring some of the facts and possible impacts the construction of either the Mamamah Airport or the Lungi Bridge will have on the citizenry and the country as a whole.

To start with, the Mamamah Airport is an idea that was first conceived in 1973 by the government of the then Prime Minister Siaka Stevens of blessed memory after an extensive engineering studies done proved that Mamamah area will be best suitable for the airport. In 2009 and 2010, another study was done and the conclusion was the same. Therefore, the decision for the airport was never motivated by any political consideration but was informed by series of aerodrome engineering g advisory opinion.

The impacts of the construction of this airport for the first time in the mainland would have include increasing markets, improving competitiveness in the airport industry within the sub- region, developing a new airport city or economic zone around the new airport, increasing capacity for growth in passenger levels and cargo volumes that will in turn contribute to the country’s GDP, attracting new operators and flights flying direct to USA for example,  decongestion of the country’s capital city, Freetown population that is increasing by the day, the creation of thousands of jobs for Sierra Leoneans and many other economic and social benefits.

The Mamamah Airport project contract which involves the construction of a 4E airport by ICAO standards with a runway of 3,500 meters, a terminal building that is twice that of lungi with a modern design, two floors with escalators and aerobridges, modern fire engines, an ultramodern met station and underground fueling systems, is a standard airport that would have made us competitive in the sub region. It total cost is a little over $315 million concessionary loan that has an interest  rate between 1% or 1.5% taken from the China Exim Bank- a bank that funds the Chinese government’s projects in developing nations. The loan, according to the agreement was to be paid over a period of 25 years with a grace period of 7 seven years. The Chinese government will also provide a grant of $30 million to the government of Sierra Leone as support to the interest payment.

The contract agreement, which was signed in 2015, is binding on the Government of Sierra Leone, the loan agreement for the disbursement of 200 million dollars signed by the then minister of finance Momodu Kargbo/Kelfala Marah is equally binding on the Sierra Leone Government. The project has practically started, the meteorological station has been installed, all equipment and machineries have been shipped to Sierra Leone, the works yard and staff quarters and site have all been constructed, local communities have been relocated with compensation, the 3,500 meters runway has been cleared and the project has officially been launched by former president Koroma.

Therefore, the unilateral decision taken by the SLPP government to terminate this contract will not only have grave financial consequence on the government and people of Sierra Leone but will also without doubt, have negative impacts on the Sierra Leone-China relationship.

The Lungi Bridge on the other hand, is project that will cost the government of Sierra Leone in excess of $1 billion dollars with very minimal economic impacts to the government and people of Sierra Leone. It huge cost will only leave the country with just one airport that is still below the standard to compete with other airports in the sub region. It job creation capability is thrice below what the Mamamah Airport would have provided.

Therefore, it is totally insane for the SLPP government to abandon an economically viable project for a project that has little impact on the lives of Sierra Leoneans. This according to many citizens this medium interviewed is the highest level of political stupidity exhibited by the SLPP government.

In subsequent editions, I shall bring full details of the political reasons behind the termination of the Mamamah Airport Project.

Over The Termination Of The Airpor...