Denormalizing Tramadol Use In Sierra Leone 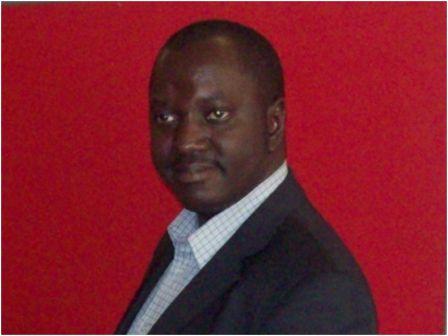 Denormalizing Tramadol Use In Sierra Leone

As Sierra Leone joined other countries in commemorating the World Mental Health Day in October, 10 2018, it is becoming evident that, drugs and substance abuse play a crucial role in the incidence and prevalence of mental disorders in our country. As reported, an estimated 80% of the incidences of mental disorders in the country are due to drugs and substance abuse. Strangely, there is a displacement of the traditional substances of cocaine and marijuana (jamba), for example, by tramadol in fuelling mental disorders in the country. Tramadol has therefore, become a social malaise that our society is grappling with; due to its widespread use especially by our young people.  (Photo: Author: Alhassan Fouard Kanu)

Tramadol is actually not a new substance as it has existed for as long as medicine. It is one of the pain killers in medical practice. As categorized, Tramadol and its related products are almost at the last rung of the pain-killer ladder after paracetamol, Ibuprofen and others. This means, Tramadol should only be prescribed and used in a hospital setting and specifically for painful chronic conditions and surgical operations. The dosage prescribed for medical Tramadol is small and is progressively increased as necessary, whilst patients are closely monitored. Our country is now plagued with illicit Tramadol that is adulterated; and taken in large and unregulated doses for a very long period of time and for wrong motives. Evidence has it that, Tramadol is taken especially by young people to get “high, energetic, and courageous”. Those engage in hard-labor (both in the formal and informal sectors) are also reported to be using Tramadol. For example, bike riders are taking Tramadol to get extra energy to ride their bikes for 12 hours without getting tired. But they fail to understand the other side of it. The way Tramadol works by making you get high is by squeezing your blood vessels and making much blood available to the heart rapidly. You do so to make energy readily available for your system to use. As such, you sometimes put so much blood into the chambers of the heart not giving the heart enough time to rest before receiving another dose of that blood. So, it chokes the blood up and you develop a cardiac arrest. The other impact of tramadol is that it goes to the brain and touches the neuro-transmitic substances of the brain. These chemicals regulate the way that we work. The information that is coordinated in our body is actually controlled by those chemicals in the brain particularly Dopamine and Cerothenine etc. Once you touch this neuro-transmiting substances of the brain you alter the way they work and once you do this, it is only a matter of time before you begin to develop chaotic episodes and schizophrenia. This means our young people who are taking Tramadol today to get “high” sexually, to drive their bikes for a whole day without getting tired, if nothing is done, between four and five years’ time, they will actually become mentally unwell.

A key predictor of substance and drug abuse is employment. Work and mental health are in constant interplay. Work can be therapeutic and plays an important role in a person’s life as it is a dominant time consuming and rewarding activity; thus, it is a primary source for income, identity, and mental health. Studies have consistently found that the unemployed and their families have much poorer health when compared with those in employment. Unemployment is therefore, widely acknowledged as an important determinant of mental disorders for both men and women. Those ‘unemployed’ are reported to be more susceptible in using and abusing drugs/substances as a coping strategy; hence compounding mental health challenges.

In addition to unemployment and poverty, another predictor for drug and substance abuse is misperceptions. Recognizing that peer influence has a critical role in drug/substance use, it is but important that health service providers and the general public alike understand the type of misperceptions applicable to a specific population. This will guide the development of effective social norms interventions leading to the de-normalization of Tramadol and other substances in Sierra Leone. Key among the misperceptions are: 1) pluralistic ignorance, 2) false consensus.

Pluralistic ignorance is the most common misperception and occurs when a majority of individuals falsely assume that most of their peers behave or think differently when in fact they are similar. With tramadol use, for example, young people who moderately use Tramadol or not using it all may incorrectly assume that, their peers use the drug more than themselves. The effect is that their behav­ior might shift to more tramadol use because they perceive this to be the norm. False consensus is the incorrect belief that others are like oneself when they are not. For example, heavy tramadol users may think that others are equally heavy users of Tramadol when this is not true. The false consensus misperception helps an individual deny that his or her attitudes or behavior are problematic or unusual. The exaggerated norm, which is totally out of line with reality, is used to justify abusive substance or drug use.

These misperceptions can all provide a conceptual basis for the application of prevention interventions. More training is needed for the front-line health workers on counseling skills and the management of drugs and substance abuse in our communities. A multi-sectoral approach is needed to tackle this very worrisome public health problem in our country by ensuring that, Tramadol be criminalized. There should be no difference between someone who is caught with adulterated Tramadol and someone who is caught with marijuana or cocaine. Health promotion discourse on Tramadol abuse should go beyond healthcare settings. Our places of worship (e.g. mosques and churches) and other social groups including schools/colleges should partner the fight to curb Tramadol and other drug/substance abuse in the country. Most importantly though, the upstream determinants notably poverty and unemployment must be addressed for sustainable gains in the fight against drug and substance abuse in Sierra Leone.

As he Counsels the mentally challe...