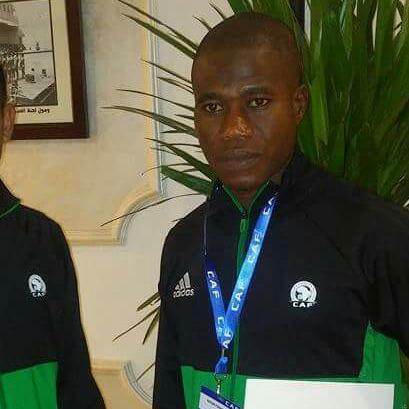 The incident happened a few minutes before the end of a well-attended match between Kroo Bay and Falcon 12 FC.

Attempts were made to revive the 27-year-old but he was pronounced dead after being rushed to hospital.

The exact cause of death is not yet known.

Marah took part in a Confederation of African Football (Caf) referees’ course in Cairo just a few weeks ago.

The course was the latest step in Marah’s career that could have seen him eventually be come and internationally recognised match official.

“He was promising, and we had earmarked him to be a referee Sierra Leone should be proud of in the future.”

“This was why we nominated him to represent Sierra Leone in a Caf referee promising course last month in Cairo where he excelled.”

Family sources have confirmed that Marah will be buried on Friday.

This is the first time in Sierra Leone a referee has collapsed during a match and died.