Less Than Six Months In Governance – SLPP Accounts For 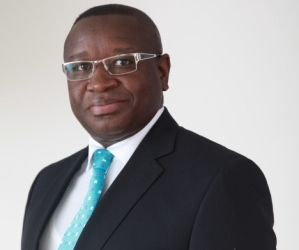 Less Than Six Months In Governance – SLPP Accounts For

According toarty statistics gathered by Sierra Leone’s main opposition, All Peoples Congress (APC) Party, enshrined in the party’s 100 Days Assessment Report of the Bio’s administration and backed by an independent nationwide research conducted by this medium, the less than six months old Sierra Leone Peoples Party (SLPP) government led by the former junta leader, Julius Maada Bio (in photo), has committed the worst atrocities since the country returned to multi-party democracy over two decades ago.

Since taking over the reign of power on April 4th this year after it narrow and questionable victory in a keenly contested presidential runoff election, the SLPP has subjected the country and its citizens to unprecedented terror including the forceful displacement of over two thousand Sierra Leoneans mostly women and children, believed to be supporters of the main opposition from the south-east, the gang rape of scores of women in the south –east,  the destruction of properties including burning of houses and other important structures belonging to opposition members across the country, the merciless beatings and killings of  innocent supporters of the main opposition across the country, the continuous arbitrary dismissal of public and civil servants,  the arbitrary arrest and detention of opposition members , the forceful eviction from the House of Parliament and beatings of elected opposition  Members of Parliament and dozens more atrocities.

Even worse than his junta regime in 1992, President Bio’s less than six months rule has seen the worst human rights and constitutional violations this country ever has. His rule has brought massive divide in the country along regional and tribal lines as seen in his ethnically and regionally concentrated appointments. With more than ninety eight percent (98%)  of his government and political appointees coming from the south-east, Bio has now turned the country into a Mende state and hence making it a more fragile state that could explode into conflict with the slightest mistake.

To make matters worse, the media, civil society and human rights commission have all been put behind bars by the Bio led administration. This is evident in Bio’s arbitrary dissolution of the Human Rights Commission of Sierra Leone, the Independent Media Commission and the Police Press Release banning freedom of speech which has prohibited anyone from criticizing the excesses of his administration.

This statistics of atrocities committed by this government as gathered by the main opposition, All Peoples Congress (APC), factored in its 100 days assessment of the SLPP government, backed by this medium’s independent nationwide research cannot be overemphasized. It was discovered during our research that innocent citizens are being terrorized on a daily basis by members of the ruling party. It was recorded that a whopping number of over two thousand five hundred Sierra Leoneans have being unlawfully dismissed on the grounds of being perceived sympathizers  of the main opposition including the arbitrary dismissal of 101 members of staff from the State House, dismissal of the Chief Immigration Officer, NATCOM Chairman, Anti -Corruption Commissioner, dissolution of all boards and its subsequent dismissal from work all Board Members, dissolution of the Human Rights Commission and National Commission for Democracy along with all the Commissioners and their entire staff, termination of 56 Regent Chiefs in the north and two Regent Chiefs from Kenema and Kailahun district respectively and a host of many other unlawful dismissals. Other discoveries includes the repeated physical attacks of the city of the Freetown City Council, the rash and unlawful repatriation of diplomats and non-payments of benefits of former ministers, former diplomats and other former government operatives, the brutal killing of an APC Zonal Chairman in Freetown, on Sheriff Drive in broad day light, killing of APC supporters in Hill Station, Freetown, Tonkolili district, Pujehun district, Bo district, Kailahun, Kenema and Moyamba districts, the endless and unabated persecution of  APC in the south-east, the forceful displacements of opposition supporters mostly women and children from Kono to Masingbi, the indiscriminate arrest and detention of over four hundred  opposition supporters and former government officials , the unlawful breaking into and searching of houses of opposition supporters and former government officials without warrant including the forceful breaking into and searching of the former minister of Internal Affairs  house in Freetown and the looting and carting away of valuables from his house, the beating up of opposition Members of Parliament and the brutal removal of all 68 APC Members of Parliament, forceful removal of a High Court from his rightfully assigned vehicle in broad day light in Freetown, the embarrassment of the former president’s daughter and her husband by the Government Vehicle Recovery Team, the unending burning and looting of houses and properties of opposition supporters in the southeast as well as the gang rapes of scores of women in Kailahun, Kenema, Bo and Moyamba districts respectively and a host of several other atrocities committed by this less than six months old SLPP Government.

A detailed report on the issues above can be found in the main opposition’s 100 Days Assessment Report of the Bio administration launched on the 25th of July, 2018. Message in Solidarity with Fellow...

Characterized By Many Deceptions -...