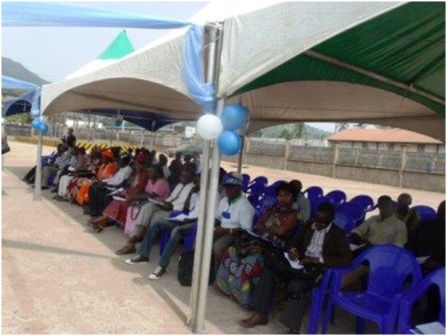 According to very reliable sources that have intimated to Sierra Express Media, over 25,000 sorghum farmers have continued their call to President Bio, not to sign the “Revised Local Content Act” saying it will depressingly affect their income pattern. Unfortunately, it was disclosed that almost 85% of those set to be affected hail from the South-East, specifically Bo, Kenema, and Kailahun as the list goes on.

They are continuously pleading to president Bio not to assent that aforementioned Act in the best interest of the State rather than that of some selfish and unpatriotic business people. “Promoting our infant industries through sorghum farming is a vital means to boost the Gross Domestic Product (GDP), thereby leading to a favourable balance of trade and hence improve the economic lives of us the hardworking citizens of this country”. Expressed the concerned farmers. The public interest on this blazing issue is due to the fact that signing this Revised Local Content Act will not only create unemployment for that very large number of sorghum farmers but will adversely affect their dependents, considering the increased dependency rate among bread winners at different households.

A native sorghum farmer, when asked approximated that over 125,000 people will unbearably suffer taking an average dependents of five per household of each farmer including they themselves if this Bill is in-considerably signed by President Bio, especially in this current economic crunch the country is going through.

What Is Free About The Free Educat...