Juvenilization Of Poverty: Implications On Free Education In Sierra Leone 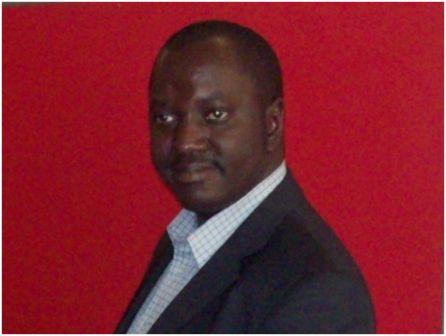 Juvenilization Of Poverty: Implications On Free Education In Sierra Leone

It behooves every citizen of “Mama Salone” to embrace and support the Bio-led initiative of promoting access to education in the country. Education, as it is often said, is the key that opens opportunities beyond borders. It is a resource for individual survival and for the development of countries. The lack of education is strongly correlated with poverty; and it plays a critical role in societal ills including crime, poor health among many others. It is against this recognition that President Bio unmistakably decides to confront the difficult battle of removing the financial barrier to quality education by instituting a free education scheme for primary and senior secondary school pupils. (Photo: Alhassan Fouard Kanu , author)

As everyone looks forward to the launching of the Free Education Scheme on Monday August 20, 2018, I have some concerns, which, if not addressed, will undermine the desired enrolment of our young people in schools.

Most of the families in our poverty-stricken nation survive on one meal a day, and majority of persons earns less than one dollar a day. In late 70s, the term “feminization of poverty” was coined by Diana Pearce as she argued that poverty was becoming a female problem where women become increasingly large proportion of the economically disadvantaged. In our context Sierra Leone, women are poorer due to their higher unemployment as compared to their male counterparts. Their poverty challenges are compounded by the fact that, many are unmarried, single parents, and are also breadwinners in many unemployed male-headed families. In battling the challenges of daily living and educating their children, women, and our mothers have no alternative but to bring their children on the daily survival battle. On a daily basis, either in the morning or in the evening, these children are being seen out in the streets hawking goods, including food items; as others wheel or lead their physically or visually handicapped parents begging in order to eke out a living. Poverty has therefore, become “juvenilized” as children are mostly bearing the brunt of poverty in our society. In addition to playing a role in ameliorating the family suffering by hawking and begging in the streets, children also face the calamitous consequences of poor health and early death as a result of poverty. Among the lucky ones that survive the “hard times”, most of these children become uneducated or poorly educated (which undoubtedly limits the chances of a better life in adulthood).

Prior to the Free Education Agenda, parents often confront governments when efforts to reduce child abuse through hawking, stone breaking for example are contemplated. Their argument has been, they have to feed their children on a daily basis as well as educating them. For these parents, and in reality, the children must support in income generating activities. Now the Free Education is here, these parents must be forced to allow the innocent children to enroll and remain in schools. I want to suggest that, compulsory child enrolment in school be legislated. This will give powers to the law enforcing agencies and local authorities in ensuring that, children are not held back by their parents or caretakers on the pretext of having to engage on incoming generating activities to complement their schooling needs. This is critical to enable us as a country and people, to maximize the gains of the historical and laudable Bio-led Free Education Agenda.