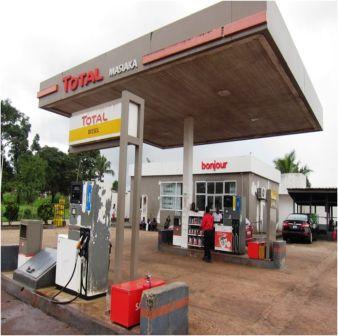 Some aggrieved employees have complained the management of Total-Sierra Leone for what they describe as unlawful dismissal especially at Rogbere Junction, Masiaka and Port Loko Town stations in the Northern part of Sierra Leone.

According to the angry ex-workers, they were dismissed unceremoniously without end of service benefits because Total management is in the habit of employing citizens verbally without letter of acceptance (due procedures to be followed).

The dismissed workers also alleged that the management of Total usually deducts from their monthly salaries on a daily basis with the motive of subscribing them to the National Social Security and Insurance Trust (NASSIT) but no guarantee or identification numbers were issued to them.

Total Sierra Leone was also accused of sacking some Sierra Leonean employees and replaced them with their Guinean brothers and sisters- an action they perceived as discriminatory adding that Total is violating the country’s labor laws because according to them, they are still paying workers below the minimum wage.

Total is also accused of acquiring the land for the construction of the Rogbere station illegitimately because according to them, the management promised to employ three of the children of the Land owner, Mr. Idrissa Kamara and promote one of them to the position of Manager but in the end, all of them were dismissed tactically without benefits.

The ex-workers are therefore calling on the New Direction of President Julius Maada Bio through the Ministry of Labor and Social Security to regulate the management of Total to stop marginalizing citizens through their unlawful method of employing Sierra Leoneans or else they would continue misusing our people as a result of the lack of job opportunities.

Contacting the management of Total at Rogbere Junction station to respond to the damning allegations, the General Overseer of the business, Madam Isatou Diallo said they have never dismissed any worker except he or she involves in unusual activities such as selling fuel in rubbers or cans instead of pumping for customers, which is completely against the management’s core values.

She accepted the fact that they are employing workers without acceptance letter because it is not in their agenda and mentioned that none of them had ever submitted an application letter.

On the acquisition of the land at Rogbere Junction, Madam Diallo displayed documents which clarified that the first payment in the tune of Eighty Million Leones (Le80M) was done in Conakry Guinea while the second payment for the land in the tune of Seven Million Leones (Le7M) was made in Sierra Leone in the full view of responsible witnesses but the land owners argued that the money they received from the management was below that huge figure outlined above.

She denied allegation that, there was an agreement made between the landowner, Mr. Idrissa Kamara and the Management of Total to make one of his sons the Manager of the station after completion of the construction. How could you make someone a manager when he was not qualified for the post? She asked rhetorically.

On the issue of NASSIT, Madam Diallo said all of her employees have been subscribed to the scheme for the past years and therefore referred any dissatisfied person to cross-check with NASSIT in Freetown and elsewhere to prove her statement.

Committee on Technical and Higher...