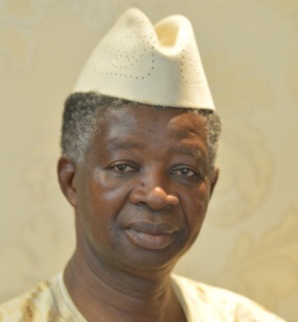 In a well-attended press briefing held at their party’s headquarters on Wednesday 25th July, 2018, the National Secretary General (NSG) of the main opposition All Peoples Congress (APC), Ambassador Dr. Alhaji Osman Foday Yansaneh, has said that the 100 days stewardship of Bio’s government is worse than a junta regime as a result of the unabated human rights abuses and State condoned widespread spate of violence against the people of Sierra Leone, and for which he called upon the president and his party supporters  to desist from.  He said that they will continue to invite the press to continuously serve as the channel of information between the general public and them. He disclosed that at least, they were able to prove that the GTT report is a carefully orchestrated tool of oppression targeted at selected people based on their political association.

In a rather disheartening mood, he discerned that the people are now missing the APC government’s remarkable commitment to democracy, good governance and development of the past ten years. He also hypothesized that he is proud of the level playing field the APC government provided for all political parties to participate in the four-tier elections in March 2018.

Referencing their revered founding father of APC, Dr. Siaka P. Stevens reminded them of the immortal words of United States president Thomas Jefferson when he said “Eternal vigilance is the price of liberty”. Most importantly, Ambassador Yansaneh precisely described the first 100 days of former president Ernest Bai Koroma as implementation of his public policy pledges focusing on the generation and distribution of electricity in Freetown, the country’s capital that had subsisted in perpetual darkness. Unlike the Bio administration which he described as a retrospective impresses on the minds of the people which has exposed their level of inexperience in the elements of good governance as glaringly seen in the quick-and-eager-to-please actions for political gain rather than rational basis in development undertakings. However, he tailored his evaluation on the following factors of national relevance:

Economy– In 100 days of the Julius Maada Bio administration, they have not seen anything in the economy amidst the noise of fiscal responsibility in managing the economy, they have heard of donor-driven assumptions most of which started under the APC management of the economy that endured for many years until after the shocks in the iron ore market and the Ebola Virus Disease.

Education – The sudden change from 6-3-4-4 to 6-3-3-4 was not done before an inquiry by thoughtful educators to weigh the SWOT analysis of both systems.

Legislature – The determined NSG vehemently registered his dismay by saying “Now, parliament, the cradle of our democracy has been thrown asunder by the SLPP imposing a Speaker of the House and assuming a majority status. Hon. Dr. Abdulai O. Conteh noted that the act is reprehensible and disgraceful and is the lowest point so far in our democracy and the administration of justice. It smacks of no less than contempt of parliament and abuse of the process of Law and the rule of law”. Significant factors among others highlighted by the NSG were; use and abuse of Executive Orders, using military autocracy on the current State of Democracy and Human Rights, arbitrary termination of workers perceived to be APC supporters mostly by Executive Orders or instruction from the President and President Bio had spent his first 100 days bouncing between a series of blunders in quixotic military manner.

Furthermore, Dr. Yansaneh refuted the false rumours ranging from the APC planning to demonstrate or disrupt the legal process on the 30th July, 2018 to former President Koroma training fighters in Guinea to stage a coup against the present government. He added by debunking that those unfounded and despicable rumours are patently untrue and that they are designed to frame the APC in a false light to traduce its good name.

The national scribe concluded by affirming that “We will stay here and face the full force of the law. When we the APC are ready to move, we shall move prepared. This regime is probably worse than the juntas and a dictator is a dictator”.