As the National Union of Sierra Leone Students hibernates 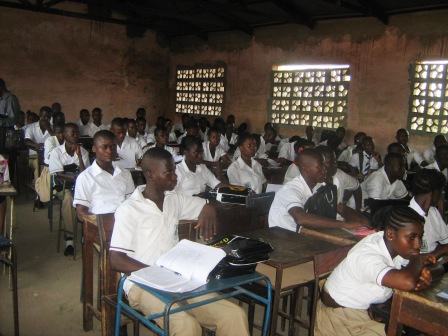 As the National Union of Sierra Leone Students hibernates

There has been counter reactions from the National Union of Sierra Leone Students (NUSS) executive with regards a government press release dated 3rd July 2018 which clearly states that there is no NUSS Government.

The Public Relations Officer (PRO) of NUSS, Abdul Karim Sankoh in a telephone interview described the Press Release from the Ministry of Technical and Higher Education signed by the Permanent Secretary, Gilbert Cooper as erroneous and out of order.

The one-paged Release informed the public that for the past seven (7) years, there has been no student union government in tertiary institutions all over the country consequently, there is no NUSS government.

According to Sankoh, “this is not true as students union governments had been in existence over the years”.  He added that the Universities without Students Union (SU) executives are: IPAM, FBC and COMAHS but all other colleges and universities had executives.

The government Release further states that “the Ministry will only recognise a NUSS executive that derives its legitimacy from the constituent colleges that make up the union”.

However, Sankoh dismissed this allegation that their union is illegitimate as the Union had just held successful elections of elected positions and now has a new executive that is reflective of all tertiary institutions in the country.

“We are not going to reverse our decision as NUSS is an independent body that makes decision on its own without interference from government or any organisation” reiterated the PRO.

He said Article 5 of the NUSS Constitution states that NUSS is not answerable to any central government or any ministry, adding that NUSS does not need any approval from the Ministry to undertake any program or activity.

Sankoh said that press release is out of order as they now have their substantive President by the name of Thomas Bai Bai of the IAMTECH College and there is an up running executive.