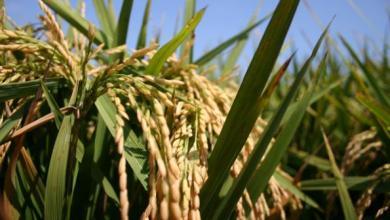 After winning the Presidential run-off election, members of the ruling Sierra Leone People’s Party (SLPP) were telling food commodity importers to quickly sell their food stuffs especially rice in store because Government is about to bring in ships of clean rice within three months period to be sold at a reduced price for the benefit of the less privileged. But citizens are worried due to the fact that basic food commodity is skyrocketing by the minute at a time the new Government reaches ninety days (90) – (that is three months) in office.

A senior Agriculturist who preferred to be anonymous argued that no country in the world can feed its people when Government pays less attention to improving local farming activities but rather depends on imported food stuff.

Various households have expressed fear that the 2017 Global Hunger Index that ranked Sierra Leone as the third highest hungry nation in West Africa when a bag of rice was sold below Le 200,000.00, what will happen in the future to our vulnerable population when a bag of rice now costs over Le 275,000.00?

According to astute Agriculturists, Sierra Leone is still underfed or starved because indigenous farmers are still using crude tools like hoe, cutlass, knife among others to perform farming activities because they could not afford to hire modern equipment like tractor, harrower, plough, hatchery, incubator etc., to exercise commercial agriculture. As a result, local farmers have no option but to revert on subsistence farming.

Another school of thought is arguing that food security cannot be achieved in office without concerned authorities focusing on improving the lives of rural farmers who are doing the practical aspect of food production.

It is unlawful for a small country like Sierra Leone to be stricken with acute hunger because we have fertile lands where crops cannot only perform well but animals can also survive effectively.

Citizens are therefore calling on the Government of Sierra Leone through the Ministry of Agriculture, Forestry and Food Security (MAFFS) to lay more emphasis on rural farming than to depend on imported food stuffs to feed ourselves or else we will not be able to achieve food sufficiency as a nation.