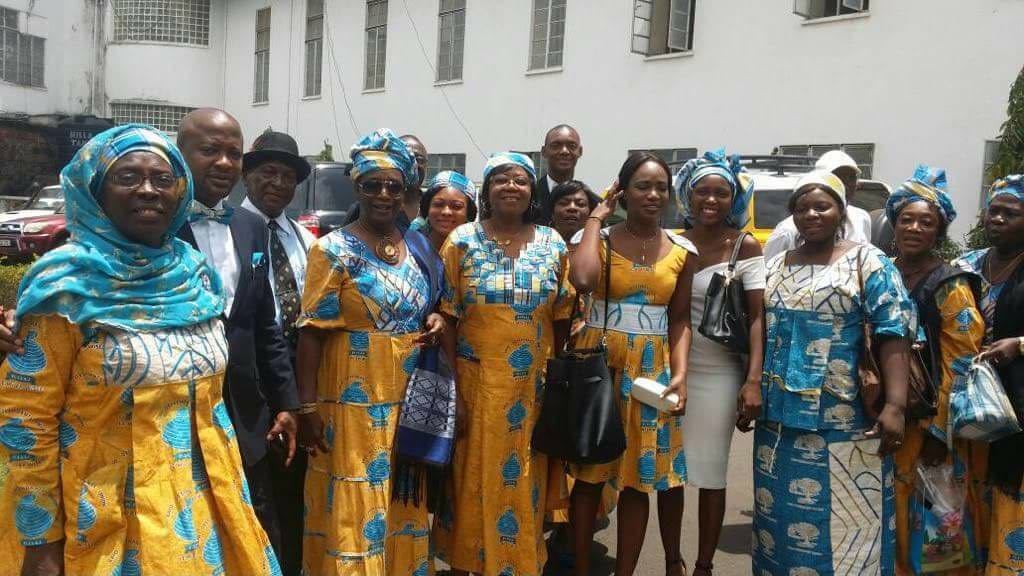 Presenting statement to the Minister, President for the KDU, Cassandra Garber said the members of the Krio Union are delighted to have been given the opportunity to pay this courtesy call on him, an eminent personality appointed by His Excellency President Rtd Brigadier Julius Maada Bio to supervise the local Government of our beloved country.

He stated that it is no flattery to state that the majority of Krios aware of the umpteenth aspects of problems especially of legal dimensions needing corrective measures and solutions applaud wholeheartedly your appointment as most fortuitous. As an effective long standing practitioner in judicial affairs, she said we the stakeholders of the Western Area consider the choice of the minister as a Divine intervention, an answer to their prayers.

Therefore, the President said they are entertaining no qualms that the administrative arms of the Municipality will get his maximum support and direction.

She cautioned the Minister to kindly overlook their making mention at once on this occasion of a nagging concern troubling their peace. This practice that seems to becoming entrenched, Cassandra Garber said is the functioning in the Western Area with no chiefdom of a parallel court system conducted in “ad-hoc” Barres by tribal chiefs. Mammy Garber said they considered this as an anomaly to the judicial provisions of the constitution of Sierra Leone.

They congratulated Hon. Briwa for what they described as deserving elevation to the position of Minister of Local Government and expressed wish for his exceptional records of service to the country.

“I cannot help but add that I feel doubly honored by this opportunity to head KDU’s humble delegation on this auspicious occasion”. She concluded.

In his response, the Minister of Local Government and Rural Development welcomed and thanked members of the KDU for their visit noting the concerns been raised by his visitors and assured them of taking immediate action to address the situation. He disclosed that his door is always open to them and they should not hesitate to come to him in case they have a problem.