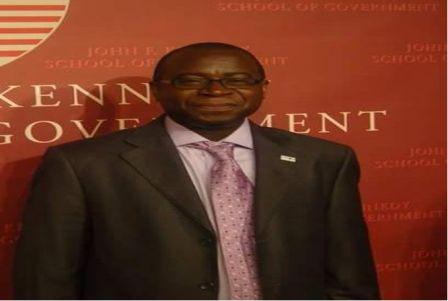 I have just seen a very deceitful and misleading press release signed by the Financial Secretary of Sierra Leone, Sahr Lahai Jusu (in photo), dated today 14th June 2018, in which he is claiming that the Government of His Excellency President Maada Bio has paid repatriation costs of former Ambassadors and Press, Cultural, Economic and Security Attaches.

As I write now, this particular press release from the Financial Secretary has ignited flames which can cause the greatest diplomatic humiliation in the history of Sierra Leone. Many diplomats who are affected, and who I have spoken to this evening have all threatened to complain the government of President Bio over what many feel is a contravention of the Vienna Convention on the treatment of diplomats.

In the Press Release today by the Financial Secretary, Mr. Sahr Lahai Jusu claimed “the repatriation cost of Le2,412,734,976 covers the air tickets for Diplomats and spouses and three (3) children below the age of 18 years and shipments of their personal effects.” I want to authoritatively say that the Financial Secretary in this statement is lying to Sierra Leoneans and that this is completely untrue and have the possibility of embarrassing the President. Documents in my possession can prove this!!

To start with, one of the affected diplomat from Europe whom I spoke to this evening, explained: “I am entitled to a 40ft container, air tickets for myself, my wife and three children from my station to Sierra Leone.” He added: “Each of the tickets is cost 1,500 Euros and five of which is 7,500 Euros.” He furthered that the shipment of 40ft container is cost 9,000 Euros, thus putting his repatriation cost at 16,500 Euros (sixteen thousand five hundred Euros). His Ambassador, he said is supposed to get a total repatriation cost of 22,000 Euros (twenty two thousand Euros) reason being that Ambassadors are entitled to two Business class tickets couple up with similar package as other diplomats.

However, the Sierra Leonean diplomat from Europe said today his embassy received a total of 12,000 Euros (twelve thousand Euros) to be shared between the Ambassador and himself (six thousand Euros each). I repeat six thousand Euros which is not even enough to buy flight tickets for the family members of the diplomats excluding the shipments of their personal effects as stated by the Financial Secretary. This clearly shows that the Financial Secretary actually lied as our diplomats are currently stranded in Europe, some of which are now threatening to complain the government of President Bio to their host nations.

The same horror story recounted above has been replicated in other Missions in Africa, Europe and Asia. In these Missions, the diplomats affected have threatened to write a collective letter to the President to remind him of the Government’s obligations to them, and also forwarding the relevant Conditions of Service relating to Diplomats including obligations relating to repatriation.

Meanwhile, it has gone a month now, since President Bio wrote those letters to our Political diplomats, This is raising the question as to why the President was in a haste to sack all political appointed diplomats, when in fact he knows he does not have the capacity to repatriate all of them at the moment. As it is now, my embassies’ sources are saying that there is complete drop in activities in our foreign missions and all workers have been abandoned by our current SLPP led government. A press release today in which the Financial Secretary is lying against diplomats has not only embarrassed our diplomats, but also the President who begged them to stay in their stations, and many diplomats are demanding that the Financial Secretary must be sacked immediately for ridiculing the integrity of our President abroad.