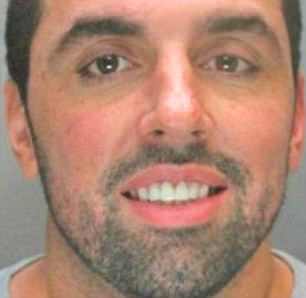 Gangster taunts police with step-by-step guide on how to Escape from Britain and get Warm Welcome in Sierra Leone – Welcome allegedly including from our Vice-President
http://www.dailymail.co.uk/news/article-5806823/Gangster-run-taunts-police-brazen-step-step-guide-flee-UK.html

The above article in the link above is now one of the most widely read international news reports around the globe in the past few hours since the report broke on London Daily Mail newspaper this morning of Tuesday June 5th 2018! It is amazing the speed with which this article has gone viral and is being heavily discussed in many different countries around the world!

Yes, we just read the article in that link and also watched the video posted in that link especially the ending part!  This is yet another public relations disaster for the SLPP government.

As for the Honourable VP, why is he always being named in these developments?  IS HE BEING SET UP or is it a coincidence? Such a high profile Wanted Criminal in the U.K. with 100 criminal offences including indictments for drugs offences under his belt, has allegedly  managed to get access to meet the Honourable Vice-President of Sierra Leone Dr. Juldeh Jalloh?  Can we hear from the Office of the VP please? THIS NEWS IS NOW TOPICAL ALL AROUND THE WORLD AND THE VICE PRESIDENT HAS BEEN NAMED AS MEETING THIS FELLOW! Someone in Government needs to speak up!

So, if this chap really met the VP as is being alleged in that top British newspaper this morning, did the British High Commission give clearance to his suitability? If so, how could they do this to the Honourable Vice President of Sierra Leone?

BUT if the hardworking and sober-minded British High Commission officials were never contacted, then how could this happen as is being alleged? Where are the Protocol Officers around our Honourable Vice President Dr. Juldeh Jalloh? Is there no due diligence being done around who gets to meet our VP? Or is the VP being set up?

People are wondering what’s happening around the VP just as they are wondering why the Chief Minister was present but the VP was glaringly absent during the Swearing of Oath administered on the new Secretary to the Cabinet just a working day or so ago? Is the VP being sidelined or was he engaged otherwise to have been so conspicuously not visible at such an auspicious occasion of swearing-in the Secretary to the Cabinet?

According to Section 59 of our Constitution, specifically sub-section 59(4), the VP is constitutionally the Number 2 man in the Cabinet and by constitution, IT IS ONLY THE VP WHO CAN PRESIDE OVER A CABINET MEETING IN THE ABSENCE OF THE PRESIDENT! And yet, the Chief Minister was very prominent at the legally-mandated Oath administration upon the Secretary to Cabinet but the VICE-PRESIDENT was not shown! The Attorney General was there, rightfully, at such a legal occasion but the Vice President was not seen! What’s really happening to our VP? What is going on?

AS FOR THE MENTION OF THE WIFE OF THE PRESIDENT (FIRST LADY) AT TAIL END OF THE VIDEO CLIP BY THE UK CRIMINAL, BEING SPOKEN, AS THE FELLOW APPARENTLY CLIMBS INTO AN OFFICIAL SIERRA LEONE POLICE VEHICLE, THIS IS ALL ANOTHER FRESH EMBARRASSMENT FOR THE RULING SLPP LED GOVERNMENT! It is like the fellow knows the Wife of the President is now a magnet for negative reports. Like on Saturday, she was at it again, openly abusing the out gone regime (APC) as being “dirty with mosquitoes” people. What a Mother of the Nation! So the U.K. fellow manages to slip a mention of her into his short video.

Anyway, we the citizens, are waiting for an explanation around this latest International Scandal. We are being embarrassed worldwide right now! If you see some of the nonsense being said on social media by citizens of other neighbouring countries about criminals running to come meet Salone VP! We are being mocked over this embarrassing saga as reported in British newspapers and we need to understand why!!!!