Is Tolongbo, a Political Slogan of Hope and Despair? 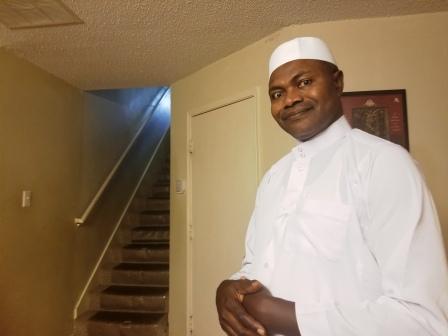 Is Tolongbo, a Political Slogan of Hope and Despair?

The causes and effect of APC Losing 2018 Elections

If we do not know our faults to the causes of losing the past elections, we are doomed to live it as though it were not only our party private affairs, the nation as a whole. What many of us have underscored is just how many times and political fortunes have drastically changed against the All People’s Congress (APC) party. It is a little surprising that so many registered voters who were supposed to vote for the APC party did not even vote the first rounds, the worst on the run-off. (Photo: Sanpha Sesay, author)

According to political scientists, I asked here in America, some reasons voters of the APC party declined to cast their votes, amid, a cluster of the country’s social issues such as, the Ebola pandemic, the mudslide, and the haj-gate, could not be excluded in the listings for the reasons I am going to outline on this report.

Even though a remarkable acumen made by some party members about the choice made by President Ernest Bai Koroma was not so much appealing, however central tenet of the causes of loss is that registered voters refused to vote and that will be my focus of argument in this article.  The challenge is for the APC worldwide to develop a criterion-referenced examination to measure what its members expected to win and what would be the consequence if losing.

The elections outcome has indeed left the then ruling All People’s Congress (APC) party fans in a state of hopelessness and despair, hence, people desire to know what went wrong and what they should do next to correct the mistakes. I am not excluded though, in this hopelessness, but the only solution to heal my own wound of this elections pain is to sit down and expressing my feeling about what I believe had went wrong.

Unfair playing field: The setback, apart from many other social and political issues unfolded before the elections period, started way back at the so-called APC convention in Makeni on September 2017. The choice of former president Koroma, who at that time, act as life chair of the party, singlehandedly chose the flag-bearer and the running mate were not overwhelmingly appreciated by the 16 aspirants as well as the party members nationwide.

The fact is that that some of these aspirants started their campaign for the flag beare position one year before the convention with full of trust to win yet, no one has ever buzzed them either private or publicly that they are not fit to run.

With their conscientious objection of the nominees by selection, the rest of the flag-bear aspirants were not painstaking to the campaign for winning the 2018 elections. To a large extent, some aspirants demonstrated resentment and informed their supporters to vote with their consciences, instead of crusading them to vote for the party and precaution them if the party loses.

However, upon a reflection to the elections and many interviews I have conducted, it will be fare enough to commend Dr. Alpha Kanu, the only aspirants everyone believe was genuine to the campaign of Dr. Samura Kamara’s campaign forvictory. To substantiate this sentiment, Dr. Alpha Kanu was the first person who had yielded to the nominees on the very first day after the convention. Despite being a closest friend to Ernest Bai Koroma, he never feel disappointed. He addressed his supporters publicly to accept the decision taken by the party, a video clip chows in the social media.

In many parts of the country, a feeling of despondency took over in the hearts and minds of millions, some say, “we are okay with the individual chosen, but the manner in which Ernest Bai Koroma autocratically did it was not favorable”. Thus, the SLPP opposition at the time used it as an added weapon to influence the angry party members to be on their side or disinclined their franchise instead. Many, who attempted to vote the first round yielded to the opposition, SLPP which eventually won the first round and in the process, some of the voters prefer to stay home refused to go to the polling stations to vote for their party on the on the run-off elections.

The dual citizenship saga: As the country becoming disconnected with the diaspora I examine the antecedents and outcomes of identifying citizens of the country who lives in different parts of the world to search for a greener pasture. They were baffled at the last minute and denied them the right to be voted for. The discriminatory clause of the constitution, which has been sunlight-blinded all this year, was blown up into proportion. Some of the Parliamentary aspirants returned to their designated diaspora stations, but few remains to boost the campaign.

The fact is that the APC government first fired a slingshot, but woefully missed the target only the stone to turn on itself and squashed its credible candidates running for parliament.  Diasporas who have invested their money, time and energy became agitated to the point of distraught. Their supporters also became disoriented a situation absolutely made them loathed to storm the polling stations to vote. Again, some of those Parliamentary aspirants dampened the minds of their people to choose whoever they want to vote, a voter at Mambolo in the north told me.

The Chericoco factor: Despite the fact that Mr. Chernor Majo Bah, Chericoco, accepted the appointment with pride and with a great sense of humility, many people came to realize that it was an apparent miscalculation by Koroma in his campaign to win the third largest ethnic group, the fullah community.  Chericoco being a very young man, it was also Koroma’s ambitions to win the youth, but does that evidence of belief persuaded the Fullahs and the youths? It is up to everyone’s view.

The thought that bringing Chericoco on the ticket of possible vice president to win not only Fullah community, the youths as well, was proven an aberration. It is believe that less than 30% of the fullah community voted for APC. Many people with political experience in the country believe that the APC party founded by Dr. Siaka Stevens and his second in command, the tyrant Sorie Ibrahim Koroma, could never be a favorite party for the Fullahs no matter who leads the party.

The role of the District chairpersons: It has been argued that the District or regional chairpersons who were reputed to mount an all-out campaign to ensure that registered voters come out to the polling stations to cast their votes were lackadaisically underestimated the magnitude of the elections. Many people I interviewed believe that the regional chairpersons have never put forth a conscientious, good-faith effort to campaign for winning. Some say, they were all full of overconfidence to win no matter what, thus they were stingy with the resource the party offered them for campaign.

As I am writing this piece, I got a call from someone who gave me a figure of billions of Leones the party dished out to the District Chairpersons to accelerate the campaign but according to sources, this District party heads sit down on the money and refused to spend it wisely.

I can recalled on March 18, at the residence of the Secretary General, Ambassador Osman Yansaneh, when a different groups and individuals were chanting and singing different melodies of the APC party demanding assistance to facilitate their campaign activities, but to my dismay, I did not see any effort by the Secretary General. My friend, Mr. Mambu Koroma and I have to spend hundreds of thousands of Leones to let the youths buy batteries for their megaphones. They have been voluntarily using megaphones on their door-to-door campaign to convince people to go out to vote on the run-off.

When I visited some villages surrounded my home town, Mathoir, many did not vote because they did not have transportation to go to the polling stations which distanced five to ten miles away.

Sierra Leoneans bad attitudes: When I went to pick up my voter ID at Waterloo Rural Headquarters, the personnel in charge verified to me that more ID cards were not picked up than those that have been picked up. The same to other part of Western Area centers. This means that Sierra Leoneans are still ignorant of their rights. When that happened in the eastern area, it has an adverse effect on   APC, which is its strongest hold.

It is believe that the Sierra Leone constitution guaranteed every citizen a political franchise, but that either politicians or the religious leaders have never heavily preached night to the people. For instance, in Islam, it is an obligation upon every Muslim to achieve this aim, the voting right, whether in part or in its totality. The Bible, on the other hand does not directly command us to vote, because people who lived in Bible times couldn’t vote. They lived under kings and emperors who were not elected by popular vote.

The Bible however, does command us to be good citizens, and one of the ways we do this today is by voting.

Let Sierra Leoneans believe that failing to vote in the general election makes you responsible for the worst that follows. Today, APC fans are complaining sullenly about the outcome of the elections, but forgotten that they fail to vote or educate people about their right and obligations to vote. There is no excuse for losing elections if you do not vote or inform your people to vote.

As Sacked Diplomats Abandoned In F...