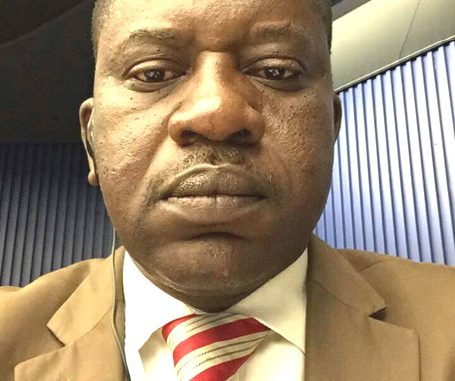 Just over fifty days into the five-year term of the SLPP government of Julius Maada Bio, adding to the cacophony of human rights violations and administrative, constitutional and diplomatic blunders, the government has issued a directive which will not just throw the financial market into turbulence and engender economic recession but could be considered treasonable.  (Photo: Hon. Cornelius Deveaux, National Publicity Secretary (APC) and Former Deputy Minister of Information and Communications)

This memo, for all its intent and purposes, changes the dynamics of the financial market overnight, including taxation. It is not just in contravention of Section 110 of the 1991 Constitution which states “no taxation shall be imposed or altered otherwise than by or under the authority of an Act of Parliament”, but also clearly suspends this provision, which is an entrenched clause, by indicating that a technical committee has been constituted to review these Acts thus, again, taking away the principal responsibility of Parliament to make and amend laws.

The suspension of the implementation of the 2015, 2016 and 2017 Finance Acts by a memo from the Secretary to the President to the Financial Secretary is therefore, without any equivocation, illegal as much as it is unconstitutional and treasonable.

Section 108, subsection (8) of the 1991 Constitution is unambiguous in declaring that “any suspension, alteration or repeal of this Constitution other than on the authority of Parliament shall be deemed to be an act of treason “.

However, it is only Parliament that can hold the government accountable for this very serious constitutional breach. This, notwithstanding, institutions of good governance also have a responsibility to speak out against the incessant rape of 1991 Constitution since the SLPP was declared winner of the March 31, 2018, presidential runoff election in questionable circumstances. Surprisingly, they’ve all gone mute.

It is further important to understand the wide ranging ramifications of the treasonous directive to suspend the implementation of the Financial Acts of 2015, 2016 and 2017.

The directive, in its self, is a clear indication of naivety and shows that the SLPP government is at a total loss of a proper direction in dealing with the economy.

This treasonous suspension will engender a financial turbulence resulting to serious loss of revenue and a recession. It will also undermine the local content policy while removing all of the protections enjoyed by local industries.

It is only those in the business community who are engaged in the importation of essential commodities such as alcohol and beverages, rice, flour etc who will benefit at the expense of the local content policy and the development of local industries.

The Automated System for Customs Data (ASYCUDA) is a computerized system designed by the United Nations Conference on Trade and Development (UNCTAD) to administer a country’s customs.

UNCTAD’s aim was to build a computer system to assist customs authorities (or their local equivalents) all over the world to automate and control their core processes and obtain timely, accurate and valuable information to support government projections and planning.

This will have serious implications on government projection and planning and also accountability and transparency in custom revenue generation. Consequently, there is going to be a significant drop in customs and excise revenue.

It is also important to note that all of these Acts came into being after extensive consultations with the World Bank, IMF and other development partners who provided technical expertise to the Finance Committee in Parliament at all stages of drafting and passing the bills into laws.

If Parliament and other relevant stakeholders, including our development partners, do not stand up against this outright bastardization of the 1991 Constitution, it could be a nod to opening the floodgates of an economic recession unprecedented in the history of Sierra Leone and with dire consequences on the economy and the socio economic well-being of the people and local industries.