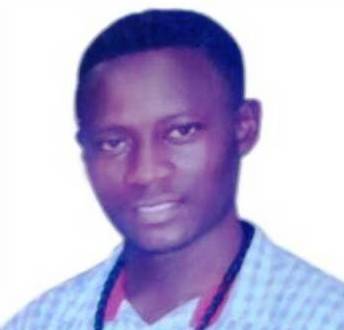 Chairman of the All Peoples Congress Youth Wing at PZ, Hassan Kamara, has been declared wanted by irate SLPP militia who are presently disturbing the peace of ordinary citizens in the country.

Kamara who is well known to be a businessman around the Freetown PZ Business Area has been spotted on many occasion defending the APC Government publicly in his business place. Being a staunch supporter of the APC, Kamara is reported to have provided many supports to the APC ahead of the March 7 general elections. His resources and physical presence has been noticed by SLPP supporters within the same area and was also reported to have faced with many death threats if the SLPP wins the election. As if those threats were anything to go by, Kamara is presently on the run as his place of business has been destroyed and his family highly affected.

Sierra Leone which recently held general elections has got a fair share of post-election violence as supporters of APC, the party which lost power to the ruling SLPP, have been intimidated and subjected to serious beating.

It is on record that over 2000 APC supporters who were residing in Kono, said to be belonging to the Temne tribe, were forced to flee from the district and sought refuge at Masingbi town in the Tonkolili District. They were hosted by Paramount Chief Kanagbarrow.

Political violence and intimidation have become serious concerns in the small West African state of Sierra Leone since, Retired Brigadier Julius Maada Bio, a former junta leader and was declared President after the March 31st Presidential and Parliamentary elections.

Bio has been accused by members of his party as someone who is violent, an allegation which he has refuted on both local and international media.

However, reports coming from different parts of the country state that APC supporters have been subjected to political intimidation and some even killed.

Speaking on behalf of the SLPP Government, Abu Bakarr Joe Sesay told journalists that his party is worried about the spate of political intimidation and harassment unleashed against APC supporters. “We have advised our supporters from harassing and intimidating people and we want our supporters to understand that supporters of APC are also Sierra Leoneans, ” Sesay told local and international journalists.

Kamara is worried and is very much apprehensive of his safety more so when some of his APC colleagues have been subjected to some kind of inhumane treatment and brutality by SLPP supporters.

Civil Society Organization as well religious bodies have all condemned the spate of political violence that is meted on APC supporters.

Valnora Edwin , Coordinator for Campaign for Good Governance called on the leadership of the SLPP as well as the President to come out and strongly denounce violence. “Political violence will not only stop with Press Releases,” she said.

She maintained the view that the President must come out and talk to his people otherwise if the ugly situation continues Sierra Leone will remain to be in chaos. Head of Police Media, Superintendent Ibrahim Samura called on political parties to talk to their supporters and calm them down. He noted that political violence in the country is largely perpetrated by SLPP and APC members resulting sometimes to  loss of lives. “We must stand firm and try our best to talk to supporters,” he admonished adding that the Police is more concern about the protection of life and property. Diplomatic Mission and Agencies like the US Embassy, British High Commission have all come out with statements condemning political intimidation and violence.

“Take me to Court or ACC” Registra...