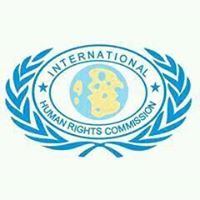 The attack yesterday against the Mayor of Freetown reportedly by thugs of the seating government in Sierra Leone  is another reminder that Democracy and rule of law is fast going down-hill since President Maada Bio and the SLPP assumed power barely sixty days..

In just sixty days , thugs of the sitting government  have carried-out over two hundred confirmed  cases of vicious attacks against Police officers (in some cases death), high ranking officials and anyone perceived to have an opposing views.

Such uncouth behaviors have no place in civilized Society . Today the attack is against a seating Mayor , yesterday it was ASP Kargbo. who was brutally beaten and tomorrow will be you or your family member .

The question is when will these vicious- cold blooded and calculated attacks end ?

By way of this release , we are calling on  democratic institutions around the world to condemn such acts of violence and  recklessness in governance.

Further, we are requesting that President Madaa Bio and his government are held  accountable for all human rights violations being perpetuated under their watch, which seemingly has continued with no definitive action plan to avert reoccurrences

Additionally, the government is hereby  put on notice, that anymore attacks on innocent citizens means peaceful worldwide demonstrations will be mobilize at Sierra Leone Embassies locations worldwide , United Nations Headquarters, ECOWAS, EU, AU, Buckingham Palace, Statehouse-Sierra Leone and wherever the interests of the government of Sierra Leone is at stake.
Stay with Sierra Express Media, for your trusted place in news!

SLPP Condemns Attacks On Mayor Of...