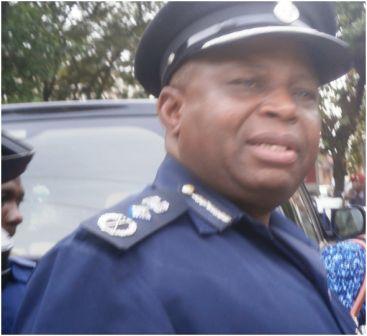 The Local Unit Commander (LUC) for the Adonkia Police Division, Alusine K. Sesay has been accused of disregarding complaints tendered to his station at the detriment of the plaintiffs.

Complaint reaching Sierra Express Media (SEM) indicates that there was a heavy fight between Mrs. Kadijatu Saccoh Conteh and her step daughter, Fatu Conteh on April 29th 2018 at their family house, Majay Town in Freetown.

According to the victim of brutality, Mrs. Kadijatu Conteh, the 24 years old step daughter, Fatu Conteh was disturbing her with loud music in the compound closer to the kitchen where she was preparing food.

“I talked to her as my step daughter in a peaceful manner to either reduce the volume of the set or move to the other side of the compound”, she explained and continued that her step daughter insolently replied her that the house belongs to her father.

She further maintained that she was shocked upon hearing her step daughter calling her a prostitute married woman and went further to hit her head and nose with a stick. In a tearful mood, the victim displayed her dented arm and feet which were badly injured while her nose was oozing blood.

In that regard, the victim said, she reported the matter at the Adonkia Police Division with hope that the matter would be look at promptly but to her greatest surprise, nothing was done in that regard except the medical report form issued to her.

As a result, the victim said “I have lost confidence in the Adonkia LUC” and appealed for the matter to be transfer to another reputable police station for justice to prevail.

Contacting the Adonkia Police Division LUC, Alusine K. Sesay to respond on allegations, he replied that the file has been sent to Legal One for advice adding that they are trying as law enforcing body to resolve the matter amicably because it is a domestic discourse.

When asked if it was true that he refused to allow the arrest of Fatu Conteh, he responded in the positive and confirmed that they have issued an endorsed medical report forms to both parties and mentioned that statement will be obtained from them after taking treatment.

“Government is in My Pocket” Tony...