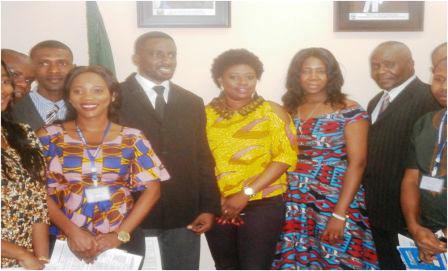 As efforts towards mitigating issues of immediate concerns in communities as well as national level for a peaceful co-existence for the development of the country.

He said that, mechanism have been put in place with adverts that will be attracted high level personalities and most respectfully the Paramount Chief who will officially open the new Ombudsman’s office including civil society, the media among other institutions will form part of the ceremony to grace the occasion respectively.

The office of the Ombudsman which is reliable with operational autonomy and financial independence as well as free charter to the public is fully accountable in the use of resources to improve productivity, accessibility and visibility among other things. The office of the Ombudsman is also aim at enhancing the impacts of interventions on governance delivery of public services. The mandates of the Ombudsman is to educate, inform the general public to deliver administrative justice in Sierra Leone among other things with impacts from stakeholders including Ministers, Departments, and Agency (MDA’s), civil society organizations (CSO’s), Institutions, Parastatals, Companies, Industrials amongst several others but did not stand trials to defend in court but proffer solutions amongst individuals employers or employees other of individuals that transit business in a peaceful and professional manner.