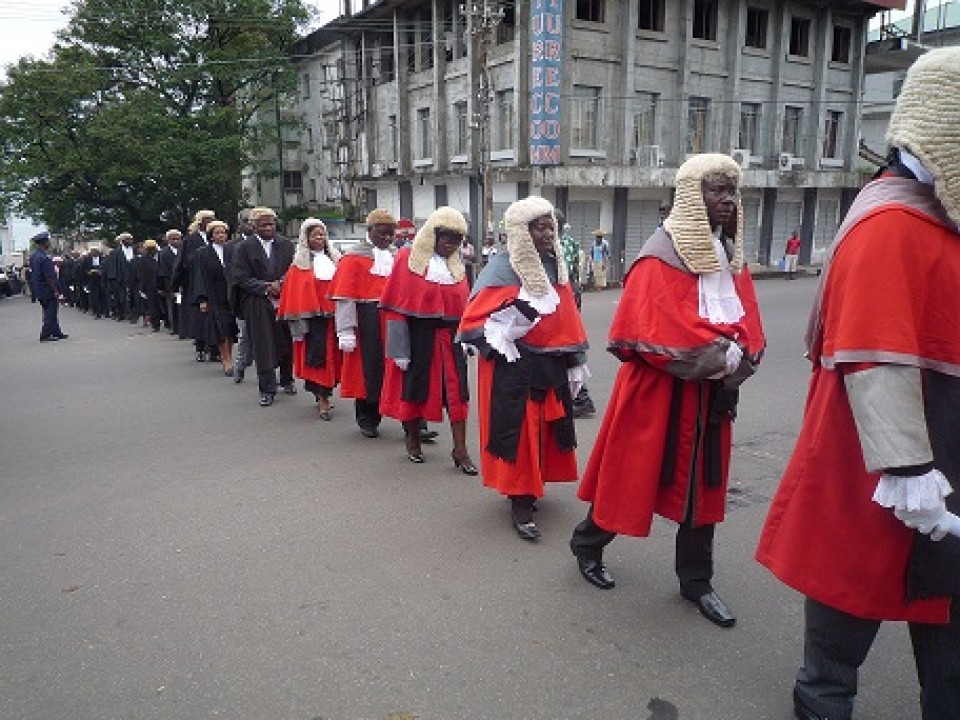 The Association is particularly concerned by the position of the Commission as represented by some of its representatives to mean that it will only comply with certain orders handed down by the High Court presided over by the Honourable Justice A.R. Mansaray that are in its opinion not in variance with the Constitition of Sierra Leone, Act No. 6 of 1991 and the Public Elections Act, Act No. 4 of  2012.

It is the view of the Association that this position may amount to contempt for the court orders by the Commission if indeed interpreted to mean that it intends to comply only with those orders which in its subjective view are in compliance with the Constitution and the Public Elections Act 2012, thereby implying that there are certain orders of the Court that it will not comply with.

Furthermore, by the provisions of Section 170 sub-section (1) of the said Constitution of Sierra Leone:

The Association therefore admonishes the Commission to comply with the court orders in carrying out the electoral processes of the March 31st Second Presidential Election, guarantee the credibility of the entire electoral process, not undermine the rule of law and facilitate the exercise by each citizen of his/her democratic franchise in a free and fair atmosphere.

The Association calls on all registered voters to go to the polls on the 31st March 2018 to exercise their democratic franchise and on all citizens to continue to be law abiding, desist from acts of violence and  cooperate with the security forces to maintain law, peace and order.

Meanwhile the Association remains committed to the objective of its 2018 Elections Project of “Fostering a Credible Electoral Process in Sierra Leone”.