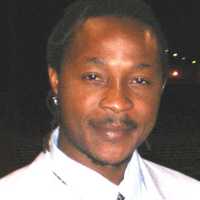 The March 31ST runoff election has unearthed all manners of political theatrics and maneuvers that, daily, express the magnitude of bankruptcy endemic to politics in Sierra Leone. Somebody’s got to be kidding me…just when I thought I had seen it all! Irony fails to capture the absurdity of Victor Foh, the illegal replacement, calling the sacked and disgraced duly-elected Vice President Chief Sam-Sumana a “brother” (at least he knew better than to call him ‘comrade’), suggesting that the All People’s Congress (APC) will court the support of his Coalition for Change (C4C) party in the runoff as “there are no permanent enemies, just permanent interests in politics.” (Photo: By Fayia Sellu, author)

Next, you see the APC Chairman and Leader for Life ‘visiting’ the mother of the Dr. Kandeh Kolleh Yumkellah at their Juba resident, out of the blue! Just, wow! Desperadoes will not be too harsh a nomenclature to ascribe to an incumbency that has hauled everything, including outright harassment at the National Electoral Commission, in the wake of the results of a first round that saw them trialing the opposition Sierra Leone People’s Party (SLPP) in the elections of March 7th. The less said about the dilly-dallying wrought by the unnecessary Injunction granted by High Court Judge Mansaray to restate the obvious, the better. Chief Sam-Sumana couldn’t have been more apt when in an interview after the elections, he used the Krio metaphor: “Enti dem bin say pumpkin norto plasass” (weren’t they saying that pumpkin cannot be a sauce), referring to the cruel and disgraceful treatment meted out him by his erstwhile party—APC. I can’t find a better anchor for this piece as I explore how the ruling party dug itself into the current sepulcher, politically.

I have watched for saner moments, post-elections, as the campaign for the runoff engages full gear and have to say they are few. The opposition, at least those parties which polled any significant votes in the March 7th elections, have abdicated their role as kingmakers or acting as a solid block to unseat the incumbency. At best, they have added to the fiasco, with the NGC and ADP, officially, claiming a position of neutrality, while individual members are all over the map declaring for the two runoff contestants.

Chief Sam-Sumana himself has been strenuously silent adding to the chaos. Marathon media appearances by the presidential candidates Dr. Samura Kamara and Ret. Brigadier Maada Bio show a shift in strategy from the crowd-rally campaign mode to the personal engagement mode. The momentum, if any, is on the side of the latter candidate as he touts his New Direction or People’s Manifesto, Free Education and so on, while the former has been busy being ‘honest’ telling the electorate that Continuity is his focus, more roads and expanding whatever the APC has achieved in the past decade. Precisely why it is difficult to make this a clean head-to-head fight between the two candidates. There are couple underlying factors: It is no more conjecture to say that outgoing President Ernest Bai Koroma handpicked Dr. Kamara as his successor to have him as proxy for his third term in all but name. Nobody saw the late President Kabbah (of blessed memory) play the role President Koroma is currently playing in 2007 to get Solomon Berewa elected over him in the name of protecting his legacy.

Dr Kamara has, throughout the process, enjoyed state largess and all the benefits of incumbency and should therefore, fully, carry its baggage. Plus, we are not just talking about anybody, we are dealing with the KEY architect of both Agendas for Change and Prosperity. Fairly and squarely, a vote on March 27th should be a referendum on APC’s rule, nothing less. And it is not even severe to add; a rejection of a third term by Ernest Bai Koroma.

Back to the country’s elected Vice President Chief Sam-Sumana. His story is ultra-vital for many reasons runoff-related. I think it is Maya Angelou who said when people show you who they are the first time, believe them. Chief Sam-Sumana, though resolute enough to pursue his illegal sacking and expulsion from the APC in the courts of Sierra Leone, was intent on settling his beef with President Koroma in an amicable manner. There were reports that he apologized profusely looking to resolve the issue. It was rather confusing: what was he apologizing for? The public was kept in the dark as to what the true nature of the beef was to warrant such all-out push to kick out Chief Sam-Sumana, even if it bordered on the unconstitutional. Following the process of the sacked veep being refused justice in the country’s highest court, he resorted to the ECOWAS court, where he got a winning ruling. Chief Sam-Sumana was addressing a crowd in the United States last year, when he said, finally, that President Koroma hounded him after propositioning his support to run for a third term, which he refused because of its unconstitutionality. That third term bid, the power of incumbency, associated arrogance and the misuse of state institutions are terribly relevant to this runoff elections.

Talking about unconstitutionality and the removal of the Vice President, the 1991 constitution is clear that ONLY parliament has the right to impeach/sack the President and Vice President. It can be done for gross misconduct in the exercise of their duties with at least 50% of its (parliament’s) members signing the petition to do so as provided for in section 54 (8). Hell-bent on sacking Chief Sam-Sumana, President Koroma, unable to rally his majority in parliament to legally pursue it, went to the APC’s National Advisory Committee, expelled him and invoked 41(b) which is only an eligibility provision. The Supreme Court of Sierra Leone, unconstitutionally, ruled in favor of Koroma, citing his “supreme executive powers.”

Why is the above important? First, it shows that the APC Chairman and Leader for Life can do anything, subverting state institutions included, to clear the way for his third- term-by-proxy goal. There is also a pathology of injustice in our law courts that are yet to hand down a ruling in which the Executive loses a case, however controversial. Selfsame condition and the proclivity to toying with the constitution has moved many to register stern objections, among them, one of the country’s foremost legal minds, international constitutional jurist, Dr. Abdulai O. Conteh, himself a former APC big gun and one of the constitution’s drafters. Insert Dr. Kandeh Kolleh Yumkellah into the equation. Rumored withdrawal or not, he still has a case in the Supreme Court for the dual-citizenship petition matter. The court, in what seems like its best effort (it cannot be resolutely independent), offered two recusals and continued the case for later ruling. That hammer hangs over the NGC presidential candidate’s head, runoff maneuvers or not. Still on state institutions and their abuse, it is clear the APC, for obvious reasons, has never complained the National Electoral Commission (NEC) since it came to power in 2007. Others have.

The “Go Police” impunity retort ascribed to former NEC boss, Christiana Thorpe comes to mind. The outgoing president has used his “supreme executive powers” to summon NEC boss Mohamed Nfa-Alie Conteh and staff to deal with complains from his party and others about the conduct of the March 7th elections. The result is an eight-point resolution issued from State House which emphasizes among other things an “improved vehicular restriction,” invoking the MAC-P and the full involvement of security personnel in the transportation of voting materials “from the airport to polling centres, tally centres down to Freetown.” Add the Injunction and the recommendations by both High and Supreme courts. I want to see good faith in all the efforts to ensure the electoral irregularities and/or alleged malpractices are tackled ahead of the votes this weekend. I want to have total trust in our state institutions and their ability to impartially serve the citizenry absent nepotistic considerations. I want to…but, how can I? I have just expended a couple hundred of words explaining that the second gentleman of the country, duly elected on the ticket with President Koroma in 2012, not just anybody, could not get justice from our courts when he crossed the latter by rejecting his third term bid idea. How I want to rest easy with the peace of mind that the ballot papers and our general safety is guaranteed by our security forces. What security forces? The same forces that could send a detachment to cordon the tally center of SLPP’s Ret. Brigadier Maada Bio on March 7th elections day, thereby creating a standoff that only international observers could break? It is obvious where the orders from above will emanate as an incumbency becomes ever more desperate to hold on to power at all cost.

Thus far, I have deliberately refused to talk about inter-party politicking, coalescing, mergers or any such thing in relation to the runoff. Their (the political party leaders’) spinelessness or indecision must be read as acquiescence to the status quo absent decisively embracing the option for a change in government. Maybe they don’t want to be Charles Margai’d or PMDC’d. Either way, posterity will judge them for their actions, or lack thereof, at this crucial juncture in our political history.

ADDENDUM: It is with grave consternation that I have viewed the recent invocation of tribalism and/or ethnocentricity in the current electioneering process. I, in the same breath, indicate how heartened I have been with the swift and ubiquitous retort and condemnation by compatriots of such nefarious speech acts. We are leaders in religious tolerance around the globe and our intermarriage among ethnicities is enviable. We must and can do better. We all belong to one country, Sierra Leone.