Homepages
Your trusted place for Sierra Leone and global news
Trending News
HomePress ReleasesTOPIC: Concerns and recommendations ahead of the run-off Election

TOPIC: Concerns and recommendations ahead of the run-off Election 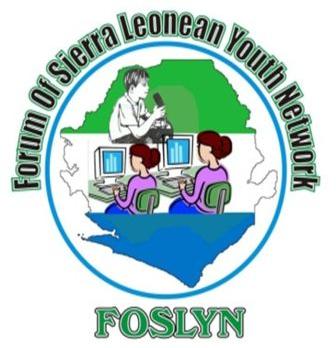 TOPIC: Concerns and recommendations ahead of the run-off Election

The National Electoral Commission (NEC), as stipulated in the 1991 constitution of Sierra Leone has a statutory duty to conduct elections and referenda according to “Section 33. Which reads: “Subject to the provisions of the constitution, The Electoral Commission shall be responsible for the conduct and supervision of the registration of voters for, and of, all public elections and referenda; and for that purpose shall have power to make regulations by statutory instrument for the registration of voters, the conduct of Presidential, Parliamentary or Local Government elections and referenda, and other matters connected therewith, including regulations for voting by proxy”.

With these powers vested in the authorities concerned to conduct free, fair and credible elections, there had been a Hue and cry from the public and political parties about the credibility of the March 7th, 2018 Elections. During our observation in ten (10) constituencies in Freetown, we identified some irregularities, including the use of private vehicles to transport sensitive election materials, Polling Centres not opening on time, during counting some centres were closed from public view. During the rounds of FoSLYN observation in the conduct of the March 7th 2018 Elections, our team of observers noticed that some RRF Forms were discovered to have contained discrepancies, which were also confirmed by NEC at the Wellington National Tally Centre.

FoSLYN also observed that Booklets were signed before Polling Station results were inputted into the system. As a result of some of these findings, we kindly want to recommend to our partners, the National Electoral Commission, to take into consideration the following recommendations:

Forum of Sierra Leonean Youth Network knows very well that the commission’s power is anchored in Section 32. (11) Which reads: “In the exercise of any functions vested in it by this constitution, The Electoral Commission shall not be subject to the direction or control of any person or authority”. But in the interest of peace, security and the credibility of the elections, these recommendations are taken into consideration.

FoSLYN also wants to appeal to the winner in the second round of the election, to form a broad based government of national unity, which will placate the minds of supporters. We also call on political parties to maintain the peace and discourage their supporters on anything that has to do with political violence. FOSLYN strongly believes that in the interest of peace, supporters of the different political parties should continue to conduct themselves peacefully before, during and after polling and refrain from tribal and regional incitements.