Homepages
Your trusted place for Sierra Leone and global news
Trending News
HomePoliticsWhy APC Party Is The Next Main Opposition In Sierra Leone?

Why APC Party Is The Next Main Opposition In Sierra Leone? 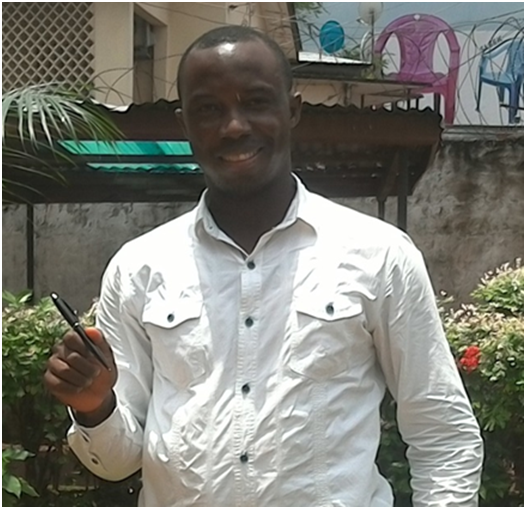 Why APC Party Is The Next Main Opposition In Sierra Leone?

According to the Truth and Reconciliation Commission Report, “The narrowing of the participatory process did not end with the transfer of power from President Siaka Stevens to his APC successor President J.S.Momoh in 1985. Indeed the succession itself epitomized many of the deficiencies in the wider political process. Within the APC Party structure, dubious means were adopted to exclude the former first Vice President S.I Koroma, who believed that he ought to have succeeded. The party selection process contrived to present General J.S Momoh, the head of the army, as the sole candidate of the party for the presidential election.” Many opined that J.S Momoh was plotted against by some members of the APC Party because he was not only badly handpicked by his political god father, but they saw him as a complete failure. (Photo: Elkass Sankoh, author)

The ruling All People’s Congress (APC) Party became a spoken taboo after the Joseph Saidu Momoh led government was sent into the political wilderness for mismanagement of state resources, bad governance, nepotism, high rate of corruption  and unemployment, intimidation of political opponents and  tribalism-almost 27 years of misrule, according to prominent historians.

Like Dr. Samura Kamara (APC 2018 Presidential Candidate) who blamed the ruling Government for leadership failure, J.S Momoh of blessed memory honestly and sincerely apologized and asked for forgiveness for his leadership failure. May God Almighty forgive his sins-Amen.

If history is a true guide to the future, it has repeated itself at the Makeni coronation. At the displeasure and dissatisfaction of majority of APC stalwarts-members and supporters-President Ernest Bai Koroma’s “political megalomaniac” to entrench his stay in active governance reportedly blinded him to coronate an unpopular candidate-Dr. Samura Kamara. We all saw the open demonstrations in Port Loko and parts of the APC strongholds. Kambia and Falaba Districts sent a protest message through the ballot box that they are embracing a change instead of continuity.

Many APCers have confessed that Dr. Samura Kamara is the worst and most unsellable Presidential candidate since the formation of their party.

From 2007 to date, President Ernest Bai Koroma has stepped on many toes within the APC. He disgraced Ambassador Alimamy Petito Koroma, Dr. Richard Conteh and Hon. Ibrahim Bundu-Majority Leader in Parliament. He drew dagger with Jengo Stevens, Lawyer Edie Turay and the son of CA Kamara Taylor because his late father contested against him.

Alimamy Petito vented out his venom by keeping quiet. In fact the APC Chairman of the Kambia District has accused Petito of undertaken a clandestine campaign against the APC in favour of the National Grand Coalition Party. This means APC is sinking without respite, hence they are now crying foul to defame the reputation of NEC officials and some credible journalists. The bitter relationship between the APC Government and the former Minister of Tourism-Peter B. Conteh is also a glaring example.

Whilst campaigning in 2007, President Koroma made a lot of sacred promises to Sierra Leoneans. He promised no sacred cow and that he will not condone corruption. He promised to decriminalize the 1965 Public Order Act especially Part 5 which criminalizes the work of journalists. He promised to separate the Offices of Attorney General and Minister of Justice. He promised that no Member of Parliament will be appointed as a Minister. His promises are listless. In 2017 again he reportedly promised the people of Koinadugu District that their son-Dr. Kaifala Marrah is his successor. No wonder the former Vice President-Alhaji Sam Sumana said President Koroma is a very deceitful person.

President Koroma accused the ruling SLPP of misusing state resources and the involvement of Civil Servant into mainstream politics. Today, his Government is using State vehicles to campaign for Dr. Samura Kamara contrary to his accusation and vow.

Corruption in Sierra Leone is an executive order which has resulted into economic decadence. Toll gate is the worst exploitative development that is eating deep into Sierra Leoneans. People are suffering and more youths have become armed robbers, pickpockets and school drops out more than any other time. Sierra Leone is not only the worst place to live on earth but the worst place to give birth.  Records at the National Minerals Agency shows that more than two hundred registered mining companies have recently shut down businesses because of the unfavourable business environment. Some of those mining companies were tired of paying monthly salaries to some rogue politicians.

Where is the Diamond money sold by the APC Government? Where is the Chinese Rice? Is President Koroma still taking Sierra Leoneans as fools?

The misuse of the Ebola Virus Disease funds is still fresh in the minds of every Sierra Leonean. The ill treatment of mudslide survivors/victims is unforgivable and the Auditor General’s Report epitomized incompetence and leadership failure. Today, victims/survivors of Ebola and mudslide are suffering on the streets of Freetown with no place to live.

The disgraceful removal of Alhaji Sam Sumana and Mayor Sahr Emerson is unforgivable. Many APC stalwarts, members and supporters are still bitter with the illegal removal of a constitutionally elected Vice President. With all the millions of dollars wasted by the APC Government in Kono District, Sam Sumana single handedly destabilized the presence of the APC. Money will not undermine or resist the change needed by Sierra Leoneans. Hope the First Lady-Sia Nyama Koroma, Karamo Kabba, Diana Konmanyi, Logus Koroma, David Tambayo etc will say they were in oversees when campaigns were declared.

Going through memory lane, in 1996 when all the Presidential candidates were seeking for a fresh mandates the elections went into a run-off. In 2007 it was impossible for President Koroma to win without a run-off and support from the other opposition parties. What is different? Are we quick to forget the historical trend? Is APC telling us that they will manipulate an already winning by the main opposition SLPP? 2007 history is all set to be repeated provided the trend continues. Yes it will continue as Musa Tarawally-Presidential Candidate for CDP has declared for the opposition SLPP. The Konos voted on issues and not on tribal sentiment. During this run-off, about 85% of the Konos will also vote in the SLPP as the handwriting is written on the wall.

Like a drowning man, the ruling APC is reportedly bent on preaching hate messages and the use of tribal slants to influence voters in the North. This is sad and breeds division in an already divided country. APC created unhealthy cracks in all sectors to an extent that certain surnames (in the words of Emerson Bockarie) were deprived of the limited jobs. This and many other reasons will put APC at the tail end of the run-off judging from the abysmal performance in the March 7th multitier elections.

From video clips and radio messages, Hon. Aaron Koroma, Hon. Kombo Kamara and Hon. Kemoh Sesay are still bent on selling their Presidential Candidates on tribal ticket. Sierra Leoneans and all relevant stakeholders must denounce and reject such ugly trend. Sierra Leone belongs to every tribe and no single tribe is superior to the other. SLPP leadership should not tolerate same and those wanting to do so must be criticized.

It is important to state that electoral process gives the citizenry the sole right to elect their preferred political leaders. The 2018 election is geared towards change. A change of government like it was agitated by the Arab Spring.

Another quintessential reason why the APC will be in opposition is that the party is deeply divided and many stalwarts are not comfortable with Dr. Samura Kamara. They will prefer Julius Maada Bio to Dr. Samura Kamara. Make no mistake, APC is internally divided and they are selling out because they needed a change. The APC communication team is also divided.

The truth is, the APC’s votes have declined progressively and the battle ground will be North West. SLPP has solidified its campaigns in the entire country. Majority of Sierra Leoneans are clamouring for a change of Government and nothing will change the peoples’ power. To embrace this change, SLPP’s Presidential Candidate-Retired Brigadier Julius Maada Bio has destabilized what many called the “strongholds of the ruling APC Party.” Change is here!

This is The Pen of The Voiceless Sierra Leoneans.

Stay with Sierra Express Media, for your trusted nplace in news!

Tribalism: The Idolatry Of 20th Ce...