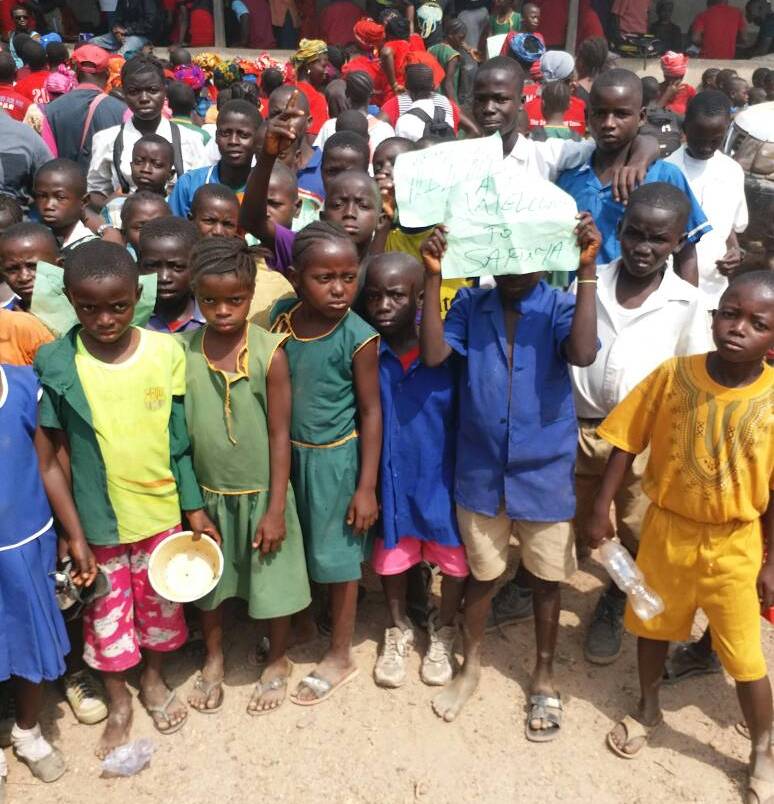 The Ahmadiyya Muslim Secondary School and the Kabala Secondary School in the Koinadugu District have all turned red and ready to vote the ruling All Peoples Congress (APC)  ALL 4 ALL in TOLONGBO style as the APC Bulldozer, District chairman and head of the country’s  National Telecommunications Commission (NATCOM), Momoh Conteh extended his generosity to the two schools mentioned above.

Chairman Konte, commonly known as APC Bulldozer dished out the sum of Le100M as scholarship for pupils of the Ahmadiyya Muslim Secondary school (AMSS) and thirty brand new computers to the Koinadugu Secondary School (KSS) laboratory with promise to capacitate the school laboratory with full internet connectivity in a not too distant future.

As an indication to provide twenty first century educational facilities for pupils in that part of the country, NATCOM chairman also upgraded the KSS  auditorium and chemistry laboratory.

Responses from   schools management committees, community stakeholders, parents and pupils of both schools described the Koinadugu District chairman as an eye opener in the areas of mobile communications, internet connectivity, community developments and education across the district.

They said the advent of Momoh Conteh as chairman and NATCOM Boss has catapulted the district to its present state by providing the most pressing needs of the district to enable indigenes live dignified lives therefore, they have vowed to vote the APC All for All so that their son will be rewarded for his outstanding performance under the presidency of Dr. Samura Kamara owing to the fact that in politics age is respected but achievements rewarded.

Reason for the Decadence of Rice F...